A rush of excitement sent color to my cheeks as my heart were constantly beating endlessly for you my dear that once an image of my fancy imagination. Every day I always think of you, the moment with I am with you, and how you plastered me with so much love inside of me. It took me months for me to realized something that I want to behold forever. You are the fulfillment of my yesterday’s dream, a present that I want to cherish.

Over a cup of brewed coffee, allow me to tell the world what I’ve got from you — a never-ending love that once you felt for me for awhile.

If France has Paris known as the city of love, then Philippines has Iloilo as its own city of love. Before, I did not know when was the very first time that I catch your name, and be hooked within the beauty of your own vicinity. I’ve been travelling around many places in our country, but it is with you that this restless heart of mine was captive by the pulse of your loving heart.

From Bacolod, the emotions going wild as I took my very first ride within a 45 minute trip to Iloilo, considered to be the Heart of the Philippines. It is not my first time to ride in a ferry boat , yet what excite me the most are the stories of adventure laden with you. The rustic scent of Iloilo invite me to come into its own soil from a mile saying, “Would you mine to come, and explore the tales of my bygone civilization?” Later, I reached the “La Muy Leal y Noble Ciudad” or the Most Loyal and Noble City that once the Queen Regent of Spain, Maria Cristina conferred during the reign of Spanish empire in the island. Upon entering the city, I begun to wonder the wonders of this metropolitan, and how it became the “Emerging Museum City of the Philippines.” Almost thousands of people coming from different walks of life, comeback and forth to this part of the country.

Like my any other out of the town trip, little did not know that you are the one that I felt this overwhelming feeling that rooted my heart to be in love. It is still amazing how you treated me like your own VIP guest. Giving me with your full attention, and embracing me the warm welcome of a home. Can you still remember? It is on the 29th day of October in the year 2019 when I begun to sneak your own prettiness, and took a walked following with your own footstep within the blocks of your concrete jungle. I should never missed any chances not to roamed around with you, and eyed to your multifaceted colors.

I went to Jaro Cathedral in Jaro District, the seat of Catholic Archbishopric of Iloilo. From there, I noticed that the entire architecture of the cathedral is a portrayal of Romanesque revival style. But what surprised me is the bell tower’s location just across the street from the church, on Jaro Plaza, resembling Ilocos churches. It is in the same district that one of the country’s well-known propagandists was born and raise, Graciano Lopez Jaena — the man behind the words of La Solidaridad. 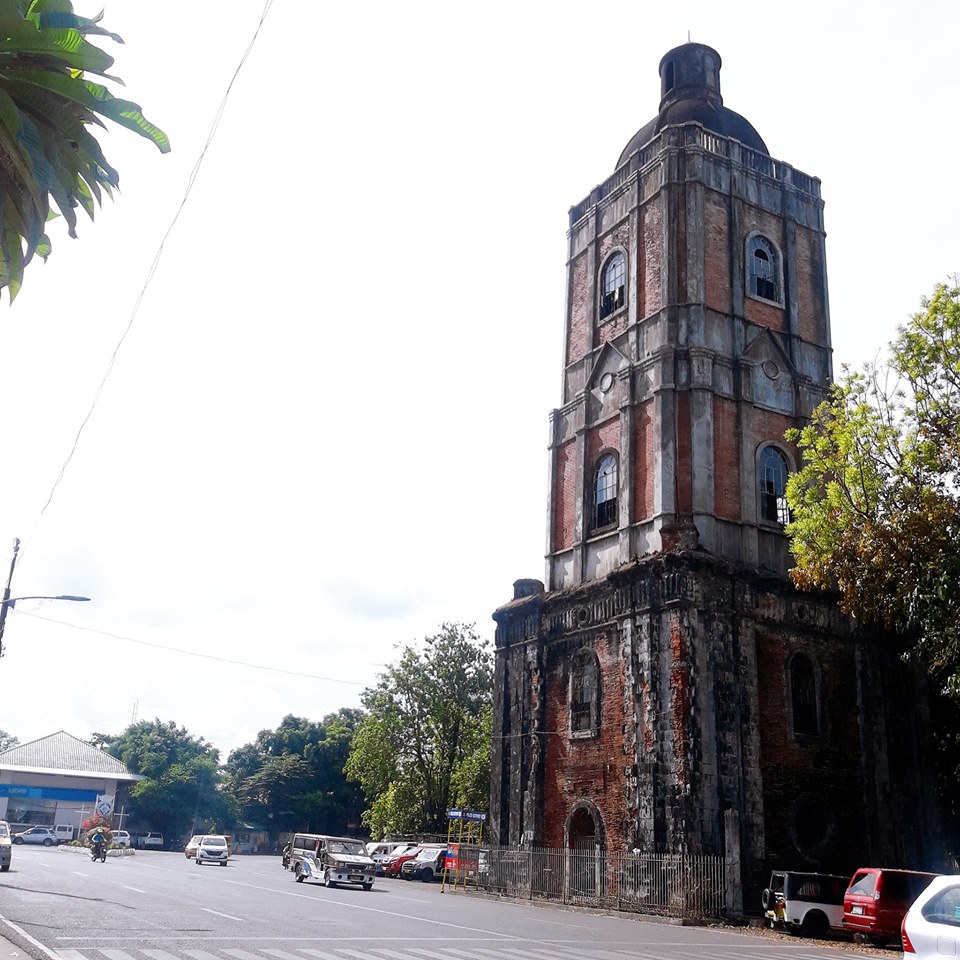 Next, I went to Lapaz, the neighboring district of Jaro, the home of the Iron Lady of Asia. Just a few steps away, is the Lapaz Public Market — the gastronomic center of the city. When you are in Lapaz, you should try this old time favorite batchoy of the Ilonggos. Netong’s is one of the stalls inside the public market that offers this one of a kind culinary experience that everybody and even the tourist are looking forward. You don’t need to spend so much money to ingest this mouth-watering batchoy. With an amount of PHP 110.00 you can crave, feel, and eat this Extra Batchoy with a budget-friendly price.

Moreover, Lapaz district never running out of places to dine, and drink. Still inside the public market is the Madge Cafe, a local cafe shop in the metro that treats you with a homegrown variety of coffee. Many tourists, and even its local patrons went everyday in the cafe to gulp their beloved local energizer. However, what intrigued me is you can have your own personalize mug here with your name written. Lapaz will always enlivened me with so much surprises that lies on its core.

Day 2: A Day in Miag-ao and Downtown

In retrospect, it is my wildest dreams to chase my aspiration to be the nation’s Iskolar ng Bayan. At first, I did not know when was the very first time that I begun to be fascinated to the University of the Philippines. From the past years, whenever I had a vacation within the country. I always include in my bucket list of itineraries to pay visit to the premier state university’s campuses. It happened that in Iloilo, UP had its own campus outside the city. On my second day, I visited the University of the Philippines Visayas at Miagao, and it is a honor for me to toured inside the university.

Moving forward, I took a layover within the premises of Saint Thomas de Villanova, the center of Catholicism in the town of Miagao. The church is said to be one of the UNESCO World Heritage Site, and one of the examples of a Baroque Romanesque architectural style in the region that is worth instagramable.

Later on, I continue my adventure going back to the city, and I took my lunch in one of its own district. In Molo, I encountered one of the important jewels of the city by trying the most talk of the town Molo soup in all over Iloilo at Panaderia de Molo. Right after, I took a walked in the nearby Molo Mansion, one of the heritage houses in the city, and saw the elegance of the mansion. This mansion were completed in 1926, and restored by the newly owner of the house to be converted into souvenir shop. Just across the mansion, is the public plaza of Molo. I had the chance to sit in one of its benches, and smell the fragrance of this district.

Upon looking in the entire park, I observed the whole landscapes, and structures within its parameter. This must be Iloilo if I am not mistaken, but this place thinking me about the beautiful plazas in Europe. Since I arrived there, wherever I go I am reminded again about the European countries, and how the European culture influenced the physical features of the city.

As I continue the rest of my adventure, my trip would not be complete unless I will not meet the highly-appreciated queen that everybody loves to eat. Along the lively and crowded streets of J.M. Basa, the famous Roberto’s Queen Siopao will definitely compliment your entire afternoon snack. With an amount of PHP 105.00 you can taste the Queen Siopao packed with Chicken Pork Asado and Bacon that engraved blissfulness within your eye.

Looking for a picture perfect spot to end the day? Iloilo has something to do with that. I ended my day on one of the most visited recreational park in the entire Western Visayas, The Esplanade. My day would not be satisfied if I would not let myself walked within, and amused with the fragrance of the city. This part of Iloilo gave me tranquility, and create a little ray of hope for my dearest muse.

Day 3: A Day in Museum and Heritage Sites

On my last day in Iloilo City, I had an opportunity again to have an intimate encounters with you my love. My heart started to race again, as I continue to discover you little by little.

I went to Museo Iloilo, one of your most visited museum in the city. Upon entering, my thirst for inquiry suddenly pop up as I begun to mesmerized to all the things display on this hall. From here, I learned that Iloilo City once dubbed as the, “Textile Capital of the Philippines” for it is the home for the most produce textile in the country including: sinamay, piña and jusi.

I also took a glimpse of some of the religious relics and statues of the city. Again, I am reminded about the strong influence of Catholicism in the entire metro. You have just prove to me that your people had this strong connection to our creator just like you. I have been to many museums in the city, but it is in this museum that sent color to my cheeks, and leaving my eyes into sparkle. Iloilo will always be the city that the past is always present. That encounter caught my attention about the conservation and preservation of our cultural treasure is important to witness by our future generation.

Next, I went to the Old Prison of Iloilo (which was built in 1911), Old Capitol Building of Iloilo (or the Casa Real), Iloilo Provincial Capitol, Plaza Libertad (one of the first plaza in the entire city to have wifi installed by the city government), the towering Iloilo City Hall, Aduana (or the old custom house in the metro), and the old city campus of University of the Philippines Visayas. I finished my entire trip plastered with smile on my face as I ended my tour chasing this progressive city. 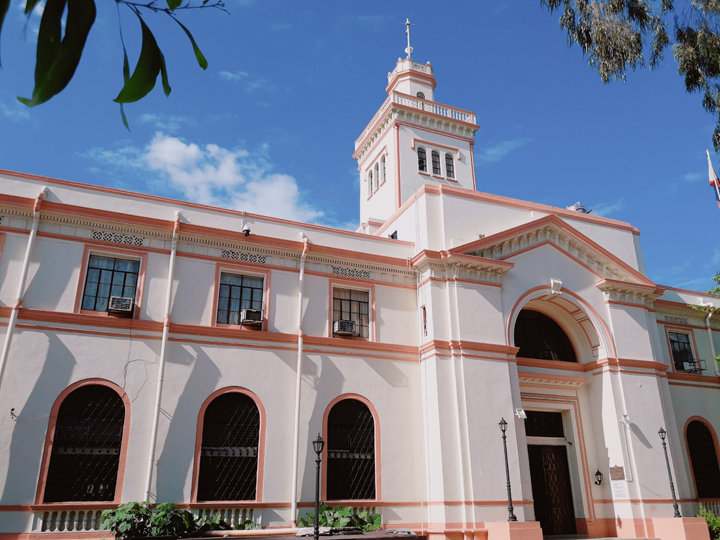 As I leave your place with full of felicitation and gratification, the nostalgic memories of this city mesmerized me for I have a fair share of walk and talk within this concrete jungle. Until know, I can still feel the sentimental feeling that I always felt when I have travels to the places that close to my heart. I will always bear in my mind that this portion of Panay island forever gives me this never-ending love from the city of love.

Wed Mar 17 , 2021
In Sto. Rosario, Duran a 3D wall depicting kids playfully swim during summer is the newest addition to City’s mural. Now, blank walls in the city are slowly becoming a canvas for Ilonggo artists bringing colors to the streets. Iloilo City is now an artwork for both professional and aspiring […] 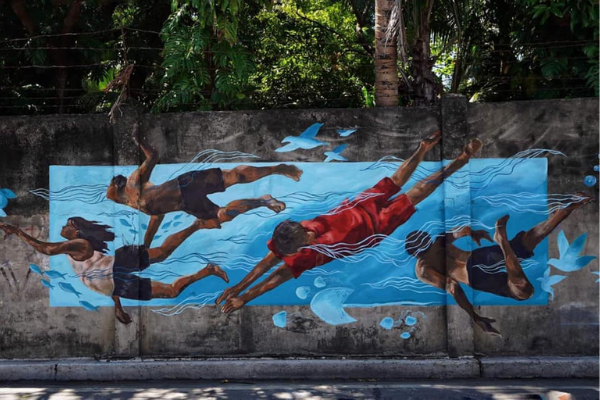