Batchoy sounds Iloilo. This could already be the very first thing that comes into your mind when you hear the word. The local soup is made from noodles, special broth and topped with pork cracklings, pork liver, various meat, and fried garlic.

History would trace back to La Paz and there are endless articles debating who was the first, who was the original, who is the best. Take this post a guide to help you decide which to head next when Batchoy cravings hit you.

Here are some of the best places where you can get batchoy in Iloilo:

Ted’s La Paz Batchoy is a place that is quite familiar in the ears of Ilonggo. Ted’s in one of the institutions when it comes to batchoy service. Every bowl looks like a celebration – complete in ingredients and seasonings.

Also read: Ted’s Oldtimer Lapaz Batchoy: Flavor in Every Spoon of Its Soup

Deco’s La Paz Batchoy is where you can enjoy your batchoy in a clean, convenient, and vibrant environment. Deco’s is revolutionizing the look of a batchoyan in Iloilo for an over-all batchoy experience.

Also read: Deco’s the Father of All Batchoys

Toto’s Batchoy has a taste and quality can compete with popular batchoy houses. It has a branch in Citadines (Amigo Hotel) downtown area and very accessible to people whenever they crave for some warm soup.

Batchoyan ni Jasmin draws people from different towns and provinces in its location to have a taste of their batchoy version. If you want to come to this place, come early, there are really a lot of people coming from different places and you might not able to have some.

Lola Di’s Inayan is another good place to have some batchoy. Their batchoy has a twist – they serve this with ginamos (shrimp paste) on the side.

Purit’s Batchoy is something you should not miss. While this can be your another soup and it has a taste that you will love. Check their schedule because the last time I went, they open around 1:00 P.M.

Aside from these places, there are countless batchoyan around the city and the province. It is a favorite merienda especially paired with puto, pandesal or pan de leche. Batchoy prices can start for as low as P20 up to P100++ per serving.

While it is important for the owners and heirs to retain the “original”, “first-ever”, “most delicious” and other titles, what is important for us buyers is to have something comforting for the day that is actually valuable for our hard-earned money.

One thought on “Where to Eat Batchoy in Iloilo?”

Alaska Gives 70 Days of "Lakas at Talas" to Foster Kids

Sun Jan 23 , 2022
As we greet a new year, new challenges have inevitably arisen given the current state of the world. With these problems that we face during these uncertain times, Alaska Fortified Powdered Milk sought to uplift vulnerable communities and share the spirit of giving. Last Christmas, Alaska invited members of its […] 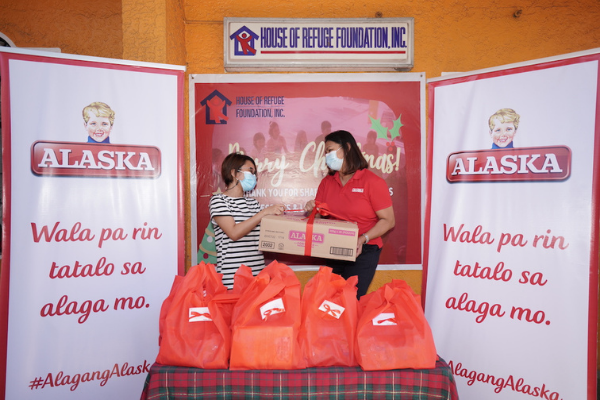