Molo is one of the seven districts in Iloilo City. It is the home of Molo Church, Pancit Molo, and a lot of notable people and “firsts” in the history. Above all, it is one of the centers of religion, trade, and education for Visayas.

According to THE “LOCSIN CLAN” OF THE PHILIPPINES By Dinggol Araneta Divinagracia, in 1750s, Wo Sing Lok, also known as “Sin Lok” arrived in Manila. He was 12 years old from Amoy, the old name for Xiamen, the southern part of Fujian Province.

Together with Sin Lok are the ancestors of Lacson, Sayson, Ditching, Layson, Ganzon, Sanson and other families who fled Southern China during the reign of the despotic Qing dynasty (1644–1912). They decided to sail south and landed at the port of Batiano River to settle permanently in “Parian” near La Villa Rica de Arevalo in Iloilo.

Wo Sing Lok became Christian. After that he changed his name Agustin Locsin.

It was originally the “Parian” of Iloilo. Parian is a place where Chinese traders thrived and where all the Chinese people are housed for easier taxation and supervision.

Several known families that came from Molo. For instance, the Locsin, Lacson, Sayson, Pison, Layson, Yusay, Sayson and Ganzon, among others, who are descended from Chinese immigrants who hispanized, adopted Roman Catholicism and settled in Molo.

In 1849, Gov. Gen. Narciso Claveria y Zaldua gave surnames to the Ilonggos whose first letters corresponded to the first letters of the names of the pueblos. In short, Molo was assigned surnames beginning with letter M. For example, Magahum, Mabilog, Maloto, Malabor, Mabaquiao, Manzano, Magbanua and Malabanjot.

The Origin of the Name

There is a couple of explanation regarding the origin of the name “Molo”.

First, it came from the word “moro”. Since majority of people are Chinese, they had a hard time pronouncing the “r” and kept on saying “molo” instead of “moro”. Molo was formerly “Parian” and frequently by raided by the Moros. There are only three parians in the country – Manila, Cebu and Iloilo. Like the parians in Manila and Cebu it is an enclosure against the Moros. In Manila, they have a place called Intramuros.

Second, that Molo derived its name from the Italians, meaning “pier”. It is a platform of stone or wood stretching from the shore into the sea. It believed to be once a port town on which the Italian traders would repair their ships before sailing. Centuries ago, the Iloilo “river” was accessible by Galleon all the way to Oton. The original port of Iloilo is near the present Molo-Mandurriao Bridge (Gov. Smith Bridge) at the back of the plaza. It was called Tabucan (river crossing).

According to Journal, Memorials and Letters of Cornelis Matelieff de Jonge: Security, Diplomacy and Commerce in 17th-century Southeast Asia, the early Dutch fleet commander Cornelis Matelieff de Jonge called at Panay in 1607. He mentions a town named “Oton” on the island where there were “18 Spanish soldiers with a number of other Spanish inhabitants so that there may be 40 whites in all”. He explained that “a lot of rice and meat is produced there, with which they [i.e. the Spanish] supply Manila.

In 1992, the National Historical Institute installed a marker on the church declaring it a national landmark.

Schools and Government Offices in Molo

During the Spanish times, Molo is already the home to four colleges:

At present, it is now home of the following educational institutions:

Moreover, Molo is also the home of the regional offices. Examples are, the Department of Social Welfare and Development (“DSWD”) and Bureau of Internal Revenue (“BIR”).

The District has 25 barangays:

Read also: 250+ Cultural Heritage Sites That You Must Visit in Iloilo City

Certainly, this is the home to several notable Ilonggos with significant contributions for the country.

Generals of the Philippine Revolution

Mon Jul 26 , 2021
Iloilo City will start talking with experts on how to revive the economy reeling from the ill effects of COVID-19 crisis. The City Government and University of Asia and the Pacific (“UA&P”) will hold “Bangon Iloilo! Padayon sa Pagbátò”: A Forum on Economic Recovery. It will be via Zoom from […] 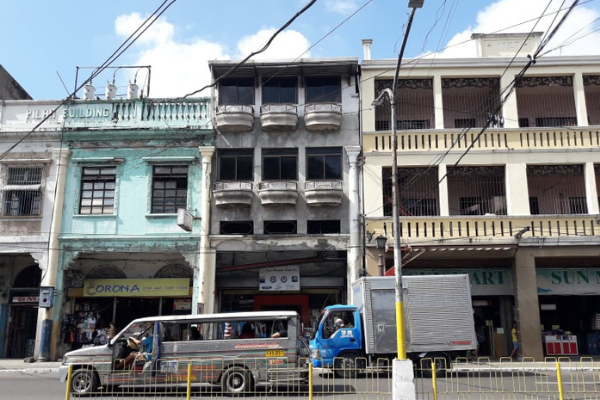