This “List of Iloilo’s First” used to occupy a conspicuous wall at the old ILOILO AIRPORT in Mandurriao, Iloilo City. This copy is uploaded via Facebook Notes: Ang Iloilo Numero Uno! of Sir Dinggol Araneta Divinagracia.

1. Iloilo is the site of the Malayan landing in the Philippines, according to the Maragtas Legend.

2. The first school for boys in the Philippines was founded in Tigbauan by the famous Jesuit priest and historian, Pedro Chirino in 1592.

3. The first place to put up a Christian church in the Philippines was Jalaud (Dumangas) in what is now the barangay of Ermita, in 1566.

4. Iloilo is the first city outside Manila to have a foreign business house (Loney & Co.) and the first foreign vice-consul.

5. The first province to export sugar to Australia.

6. The only province to have two cities during the Spanish time: Iloilo City, chartered in 1890, and Jaro in 1891.

7. The biggest province in the Philippines in population, income, and economic production during the 19th century.

8. The best and biggest producer of textiles during the Spanish era.

9. The first city outside Manila to have electricity, telephone, telegraph, railway, ice plant, automobile, and other modern conveniences.

12. The first city outside Manila to have direct shipping lines with Hong Kong, Singapore, Australia, Europe, and America.

13. The first commercial airline in the country was the Iloilo Negros Air Express Co. (INAEC).

14. The first Philippine airline established after World War II was organized by Ilonggos… the FEATI.

17. The first protestant barrio in the country – Calvario – Janiuay.

18. The first Baptist Church in the Philippines – Jaro Evangelical Church.

19. The first luxury liner on the island – S/S Don Esteban of the De la Rama Line.

20. The first city to have double-decked buses.

21. The first concrete road in the country – from Forbes Bridge to Jaro Plaza.

22. The first city to have a car assembly plant – Taller Visayas de Strachan & McMurray. The car assembled was the “Deiler” in the 1920s.

23. The first province to produce many millionaires and the first city to have a millionaire’s row.

24. The first Filipino to launch the propaganda movement in Spain, Graciano Lopez Jaena of Jaro also known as the greatest orator the Philippines ever produced.

25. The only Filipino nominated to the Supreme Court of Cuba – Raymundo Melliza.

26. The first Filipino to fly an airplane for passengers, was an Ilonggo – Jose Tinsay in 1925.

27. The first doctor of law from Oxford University – Melquiades Gamboa.

28. The first doctor of philosophy in political science – Victorino Diamonon.

32. The first Filipino to win the Congressional Medal of Honor during the WWII – was Captain Jose Calugas of Leon.

33. The first Filipino soldier in the American Army to win medals of Heroism & Courage from the governments of the United States, Belgium & France during the WWII – Sgt. Ramon Subejano of New Lucena.

34. The first Filipino girl to be called the fastest woman in Asia – Inocencia Solis of New Lucena.

42. The first bookstore and printing shop in the Visayas and Mindanao – Libreria la Panayana.

43. The first modern and most beautiful custom house in the country.

44. The first government-constructed museum building in the Philippines – Museo Iloilo.

45. The first city to have modern cinema houses and theatres outside Manila.

48. The only province to have an anti-biotic drug named after it – Ilozone and Ilotycin which are brands of erythromycin, a wonder drug developed from a soil sample from Iloilo.

49. The first province to be declared a model in development planning by NEC/USAID.

50. The number one food-producing province of the Philippines today.

51. The first and only town in the Philippines to produce four justices of the Supreme Court, seven senators, seven governors, and seven cabinet members.

52. The site of the first international research center in the fishing industry, the SEAFDEC in Tigbauan.

53. The biggest public school division in the country is the Division of Iloilo.

54. The first city, initiated a free education program in elementary schools by eliminating the matriculation fees and providing free school supplies, and elimination of tuition fees in public secondary schools.

One thought on “The Ultimate List of Iloilo’s Firsts”

Tue Nov 29 , 2022
The Oceanbio Lab of the Division of Biological Sciences, CAS, won the best poster award in the international symposium on “Small Pelagic Fish: New Frontiers in Science for Sustainable Management” on November 7-11, 2022, in Lisbon, Portugal. The poster titled “Monitoring catch and effort and linking fleet movement of the […] 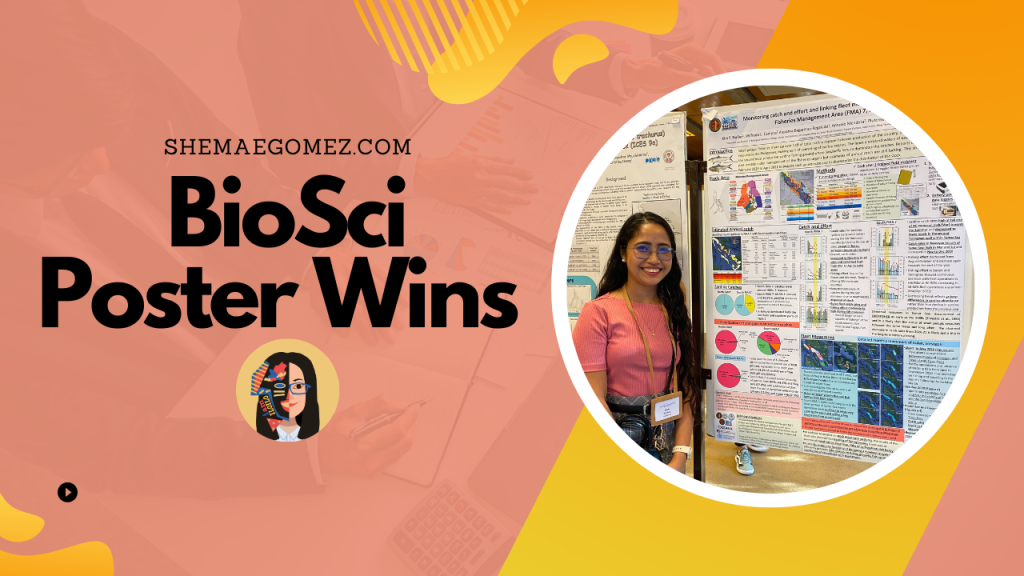