March comes with a deluge of never-ending fun, laughter, and excitement as BUKO, Cignal’s 24/7 all-comedy TV channel, brings an exhilarating burst of freshness with a second season for #MaineGoals, fresh episodes of Kusina Ni Mamang, and the launch of a new original show.

March pinasaya! March malakas na katatawanan! and March nakaka-feel good with BUKO because viewers will be able to see more of Maine Mendoza, Chamy, and Chichi explore new places and try out exciting and fulfilling challenges in the newest season of #MaineGoals.

For their new season opener, catch the #MaineGoals cast with PoPinoy’s Grand Winners Yara and Versus as they go on a thrilling adventure at Sky Ranch, Pampanga and Caliraya Resort Club, Laguna. It will surely be a journey full of laughter and excitement for this whole gang.

Also to make this March even more special, BUKO serves a freshly cooked season of Pokwang’s Kusina ni Mamang, which is bound to fill up Saturday nights with delicious recipes and inspiring backstories that are sure to make you crave for more traditional Pinoy dishes.

Pokwang and DJ Jhai Ho will be featuring a variety of recipes with life partners, teens, friends and foodies who don’t know how to cook but are definitely interested to learn.

Don’t miss Tony Labrusca as he spices things up with a hot chili pepper recipe, while Elise Josson learns how to cook Sweet and Sour Fishball Galunggong, along with more celebrity guests in Kusina ni Mamang’s fresh episodes.

To top it all off, BUKO introduces a hilarious way of tackling the country’s latest issues with a satirical newscast for every Juan called BalitaONEnan, anchored by three of the Philippines’ funniest talents: Kaladkaren, Alex Calleja, and Wally Bayola.

In BalitaONEnan, Wally Bayola will be known as Migs “Reaksyon Man” Mamaril, whose reaction to every occasion is worth waiting for, while Kaladkaren will be KaladKaren Dadilat, always updated with the news with her big eyes that never blink. Alex Calleja portrays Seph “Patola” Balimbing, who always has a retort for every news report.

Directed by one of the country’s ace comedians, Direk John “Sweet” Lapus, the show will feature an ensemble of Mobile Jokers or “Mo Joks” which will be composed of seasoned comedians, stand-ups, improv artists, online celebrities and theater actors who will portray field reporters and impersonate celebrities and iconic news personalities. BalitaONEnan also showcases hilarious spoof segments of One News programs such as Juice Ko Lourd with Lourd DV and One-Ted with Ted Falcon and DJ ChaChaCha.

Get inspired by Maine and her gang in #MaineGoals Season 2 as they achieve leveled up goals and conquer their fears and dreams, airing from Monday to Friday starting March 7 at 8PM. Discover the tradition and culture of Pinoy cooking in new episodes of Kusina ni Mamang every Saturday starting March 12 at 8PM. Watch Kaladkaren, Alex Calleja, and Wally Bayola volt-in their comedic forces in their first-ever show together, BalitaONEnan from Monday to Friday starting March 21 at 8:30PM. All these and more exciting shows only on BUKO, the country’s comedy channel that brings feel-good and refreshing content 24 hours a day.

Cignal TV was launched in 2009 and is currently the country’s premier DTH satellite provider and leader in Pay TV, with over 3.9 million subscribers. It transmits 134 channels including free-to-air, SD and HD channels to household and commercial venues across the country. It also offers a mix of 17 audio channels and on-demand service through pay-per-view channels and content add-ons. Cignal is owned by Cignal TV, a subsidiary of MediaQuest Holdings, the media partner of PLDT Group.

Get Cignal’s Most Awesome Postpaid Plan ever with free 3 Months Subscription, lower cash-out, and more. Achieve ang awesome with the Cignal Prepaid HD Kit for only P1,990 with Buy 1 Get 1 Month Free Load. You may also enjoy BuKo free for 30 days on Cignal Play; and for SatLite subscribers, Todo na ang sulit with SatLite’s P1,190 Kit plus Buy 1 Get 2 load!

APT Entertainment Inc. is also home to a vast library of memorable, well-loved, and highly-rated TV shows, as well as being the producer of hit game shows, drama series, and variety shows with some of the country’s biggest stars.

By succeeding in both the TV and movie landscape, as well as breaking new ground in emerging platforms, APT Entertainment Inc. offers all that is entertainment.

Kogaya: Japanese Food for the Mood

Tue Mar 8 , 2022
Kogaya is another Japanese food place in the heart of the Iloilo City serving every Japanese craving you may have. Japanese cuisine prides itself with using only the top-tier ingredients for the best quality output. Kogaya Menu You can feast on all it has to offer at prices which will […] 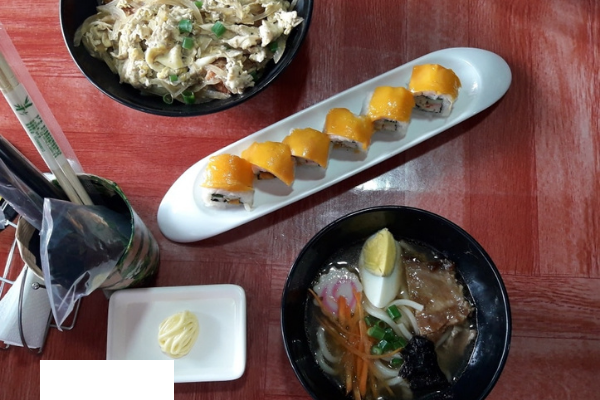