Who is Nicolas Jalandoni?

He won over two outstanding personalities – Juan de Leon, judge of the Court of First Instance, and Raymundo Melliza, former justice of the Supreme Court and immediate past governor of Iloilo.

He was the Benjamin of the Chamber and he was given the honor to preside the opening session of the National Assembly. The delegates elected Sergio Osmeña as Speaker. On the other hand, Jalandoni was unanimously elected Speaker Protempore. Manuel Quezon was then chosen Majority Floor Leader.

Jalandoni lost to Carlos Ledesma of the Progresista Party in the elections of 1909. Nevertheless, Jalandoni remained to be the president of the Nacionalista Party in Iloilo. He worked hard to strengthen his political party in Iloilo but he died before the next election happened.

On losing in the elections:

(We can fall, nevertheless, we must try to rise again.)

On his remaining days:

(I’m not afraid to die but I am sad not to see the triumph of nationalism.)

When Jalandoni dies, Iloilo mourned. On the committee were Quintin Salas (president) and the following members: Amando Avanceña, Quirico Abeto, Federico Ortiz, Eladio de Guia, Fidel Hervas (secretary), and Cresenciano Lozano (treasurer) to erect a monument to his honor. The unveiled of the monument was on July 19, 1913.

The monument is standing there for more than a century. The location is at the center, yet it is difficult to notice. Even the inscriptions in are monument can no longer be read. 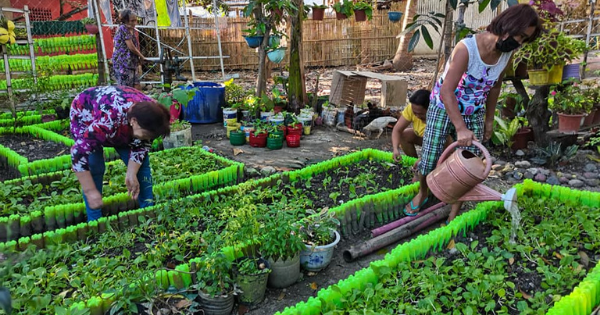