We are Iloilo natives – the home of the best La Paz Batchoy in the world but “Buko Batchoy” is a whole new thing to us. I don’t know a store selling one in the city so we really place this into our itinerary. We arrived around 10:00 AM – just in time for Buko Batchoying.

Batchoying (verb) the act of eating Batchoy – of course I am making my own vocabulary. LOL!

Life is too short to eat boring food. #shareantique #bukobatchoy

We’ll many lifestyle shows have already featured this dish and many have craved for this – including us. And. This. Is. It.

Like Binakol, it is presented and served with the buko itself. The buko will serve as the bowl already. The moment you smell the aroma escaping from the cover,all you can do is to hurriedly grabbed a spoon and start eating this.
It looks like La Paz batchoy served at Iloilo except from buko strings you can see together with the pancit. It also got the best “subak” (ingredients) including baboy (pork), atay (liver) and crushed chicharon (pork rinds).

Delicious. Sumptuous. Mouthwatering. For someone like me who loves food more than anything else buko batchoy is great. Hahaha. Seriously, it tastes like batchoy too but this time its sweeter maybe because of the buko juiced mixed into the soup. But because I came from extreme vomiting due to my severe motion sickness, I felt reenergized when I finished eating. It gave me sudden energy for the next destinations.

You’ll be surprised that it cost too friendly that even you’ll eat it every day you can still afford it. Hahaha. It only cost P45.00 that’s only $1. (I don’t know how long will this price stay especially it is getting more famous). So grab one now. 😀

We paired Buko Batchoy up with pandesal that we bought from a bakery in Molo. For people like us who are very particular in the taste of Batchoy, and our standard is as high as Netong’s, we are very pleased to inform the world that yes – Buko Batchoy is a MUST TRY! After eating, we immediately found our way back to the van and get ready for our next stop – Tuno’s Bugtong Bato waterfalls.

Two thumbs up for the food itself and the accommodating service they got. FYI, the owner says they are opening up a branch in Miagao, Iloilo hopefully this March and that’s nearer the moment we craved to eat one.

Sat Mar 7 , 2015
There is a hidden wonder here in Antique – the “seven falls” as to what the natives would refer. But because we are just ordinary visitors, the safest fall that we can reach is only up to the second fall. Well, there are just people who are aggressive to take […] 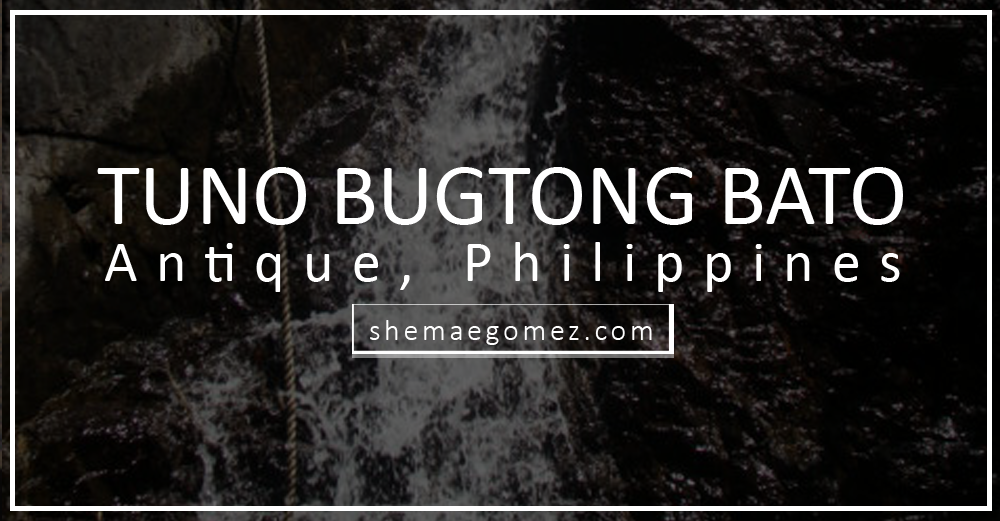