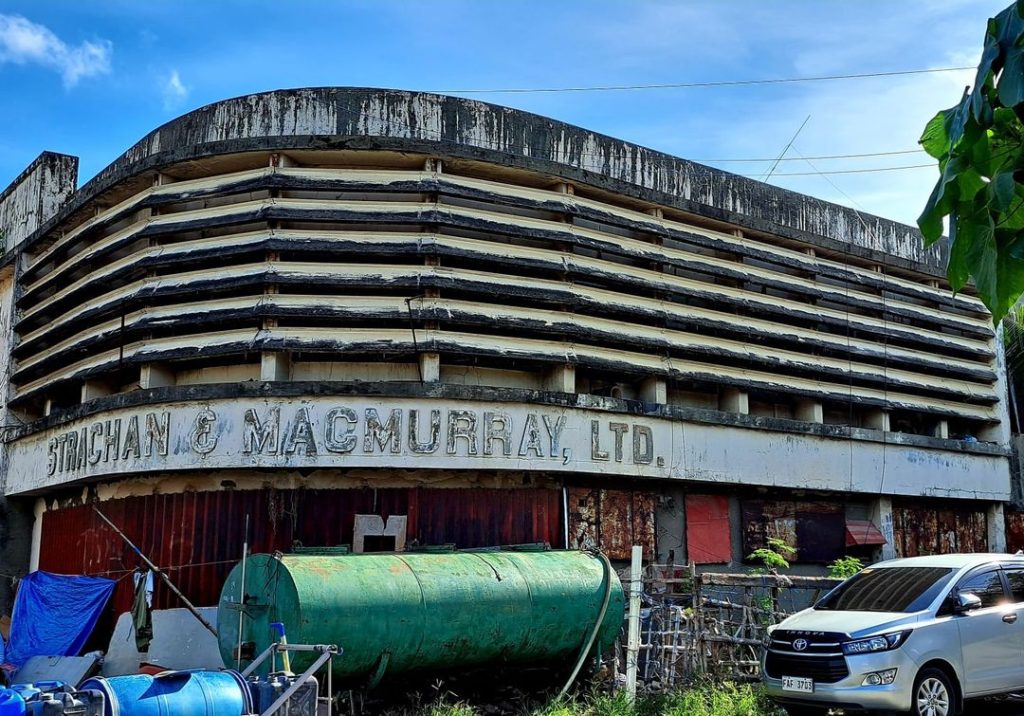 In a thread via Old Iloilo, Sir Dinggol Araneta Divinagracia shared in a comment a glimpse of history. He shared that once upon a time, the Manager of Taller Visayas de Strachan and McMurray, Ltd., Iloilo City was Bidoy Lopez Aldeguer. His brother Fernando “Fer” Lopez Aldeguer of Amalgamated Engineering, Inc. in Bacolod was the pioneer manufacturer of discovery; the heavy-duty, waterproof but light-weight Vinylon Tarpaulin that later totally replaced the market, the traditional Olive-drab Trapal. He was the first Sales Agent for the Panay area. Bidoy and Fer are brothers of the nationwide famous dancing duo at that time, the “Aldeguer Sisters”.

In the same thread, Sir Hapc Sorinio also added that The Strachan & Mc Murray Co. Ltd is worldwide support for shipping when the Philippines is a US colony that is when we produced all kind of product the worlds need, like Copra, Sisal or hemp – Manila rope, sugar cane, minerals, etc. After the war, their service was diverted to repair sugar cane mills since no longer a lot of ships loading sugar cane in Iloilo, and repairs are done in foreign ports and ships are more efficient and modernized. No more steamships.

The first car assembly plant in the Philippines was Taller Bisayas de Strachan and MacMurray in Calle Progreso (now De La Rama Street), Iloilo City which assembled the Daimler Benz in the late 1920s.
The machine and foundry shop was founded as Taller Bisayas in 1885 by Allan Strachan, a Scottish engineer, and iron founder.

Strachan came to the Philippines as a mechanic to supervise the installation and assembly of muscovado mills imported from Scotland by Ker and Co.

He and William MacMurray then established Taller Bisayas de Strachan and MacMurray, Ltd., incorporated in 1919, primarily to engage in the repair and maintenance of sugar mills.

MacMurray, a Scottish civil and mechanical engineer, arrived in the Philippines around the 1890s.
Both Strachan and MacMurray were members of the Institute of Engineers and Shipbuilders in Scotland.

Daimler Benz was the merger of Benz and Cie of Karl Benz, and of Daimler Motoren Gessellschaft (DMG) of Gottlieb Daimler and Wilhelm Maybach.

It became known for its Mercedes Benz automobile brand, named after the daughter of industrialist Emil Jellinek, a director of DMG.

It earned a very good reputation as a machine and foundry shop that the Bureau of Public Works (Engineering Record, 6 January 1917) praised for a steel signal tower that it built in Iloilo in 1905.
“The locality in which this tower was erected is unusual. Due to the salt breezes which prevail, and to the uniform high temperature, corrosion of iron or steel is very rapid,” wrote Manila District Engineer J. L. Harrison.

“Notwithstanding these severe conditions, this galvanized steel tower has not a spot of rust on it… Today it is in practically the same state that it was at the time of its erection twelve years ago,” he added.

The 1937 Panay Directory and Souvenir Book listed Taller Bisayas de Strachan and MacMurray as also a supplier of motors, machinery, and electrical supplies.

Other incorporators joined the company later, which included businessmen John Young and William Powell, an American.

In 1975, during the 120th anniversary of the Port of Iloilo, the Iloilo provincial government cited it with the Service Award for having contributed to the growth of the Iloilo port.

Taller Bisayas de Strachan and MacMurray became a subsidiary of Macondray and the Company of California. It ceased operations in the late 1980s but its building still stands at De La Rama Street.