Here is some notable information from the Old Iloilo community on Facebook about this house.

It was built sometime in the 1930s and was owned by Virgilio Ferraris.

Salustiano Mirasol and Mrs. Consuelo Segovia later bought the house and became the ancestral house of the Mirasols. The Mirasols is only one of the many illustrious families in Iloilo. In the very house where Afrique’s is now was where Mrs. Esperanza Mirasol Macavinta and her siblings grew up. This is likened to a huge precious chest full of wonderful memories.

According to the comment posted by Arvin Deocampo Misola, it used to be the office of OCD Office of Civil Defense in the 1980s on the 2nd floor and the residence of Dean Pedro Macavinta on the ground floor.

In addition, Rafael Cordova, owner of Afrique’s, shared his personal experiences via the comments which read: “It was one of our first branches sang Afrique’s. We rented the place from the Macavinta’s”.

He furthermore added that they lived there when they had a branch for Afrique’s. The frame or the structure is still solid though the interiors would need a lot of repair and updating. The main entrance had Machuca tiles similar to what you would see in other old houses and churches. 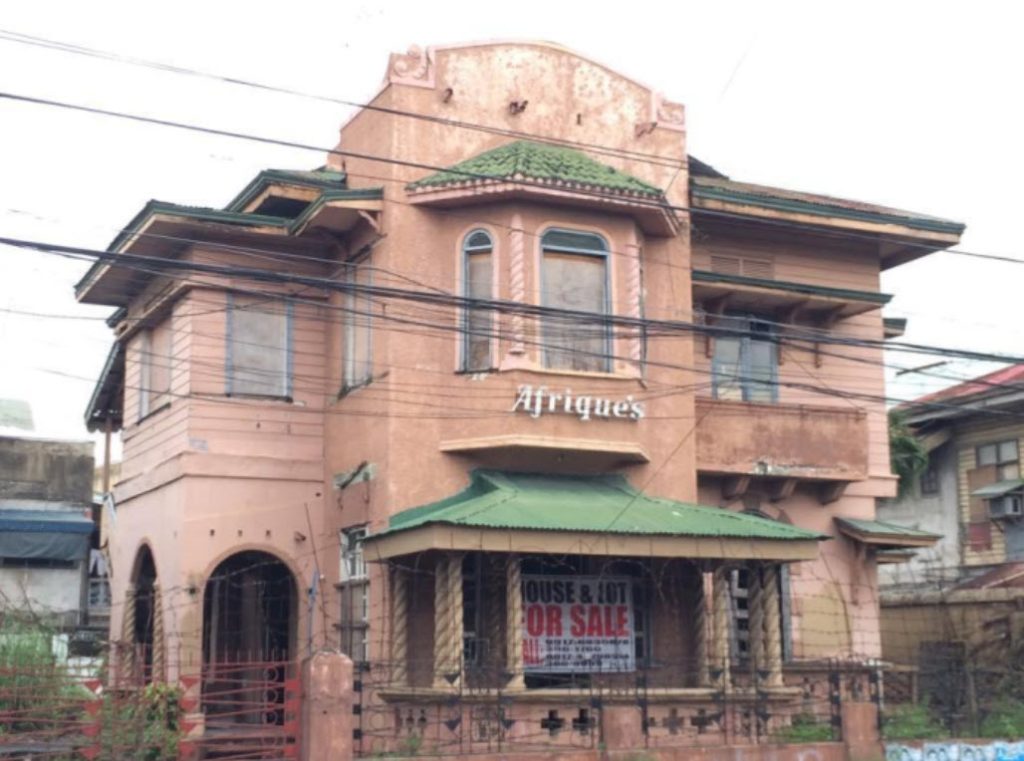