The Dinagyang Genre Painting has been brewing in Java’s mind for the past decade. During the COVID-19 pandemic, he found himself the opportunity to take the project on. With support from sponsors and the city government, this is his largest and most ambitious piece yet.

The grotesque amount of detail and the bright colors depict an almost puzzle-like image. Studying closely, there is memory and care embedded in every stroke. This tiny world celebrates unity, love, economics, and humanity along the streets and pathways of Iloilo’s City Proper during the festival season. 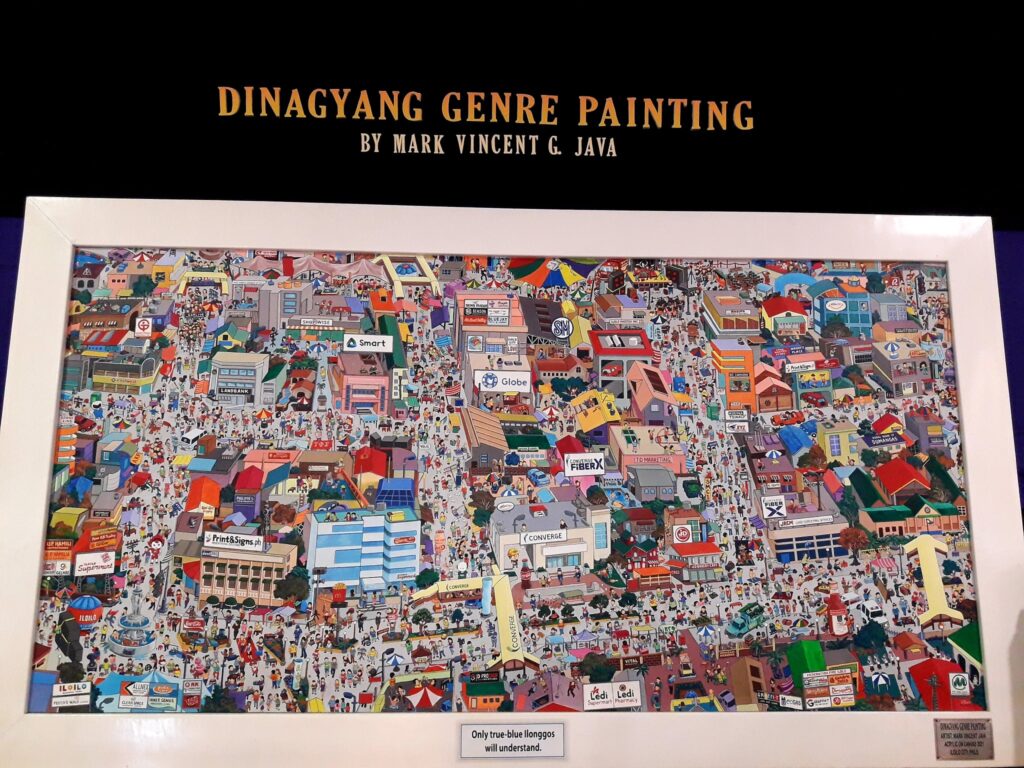 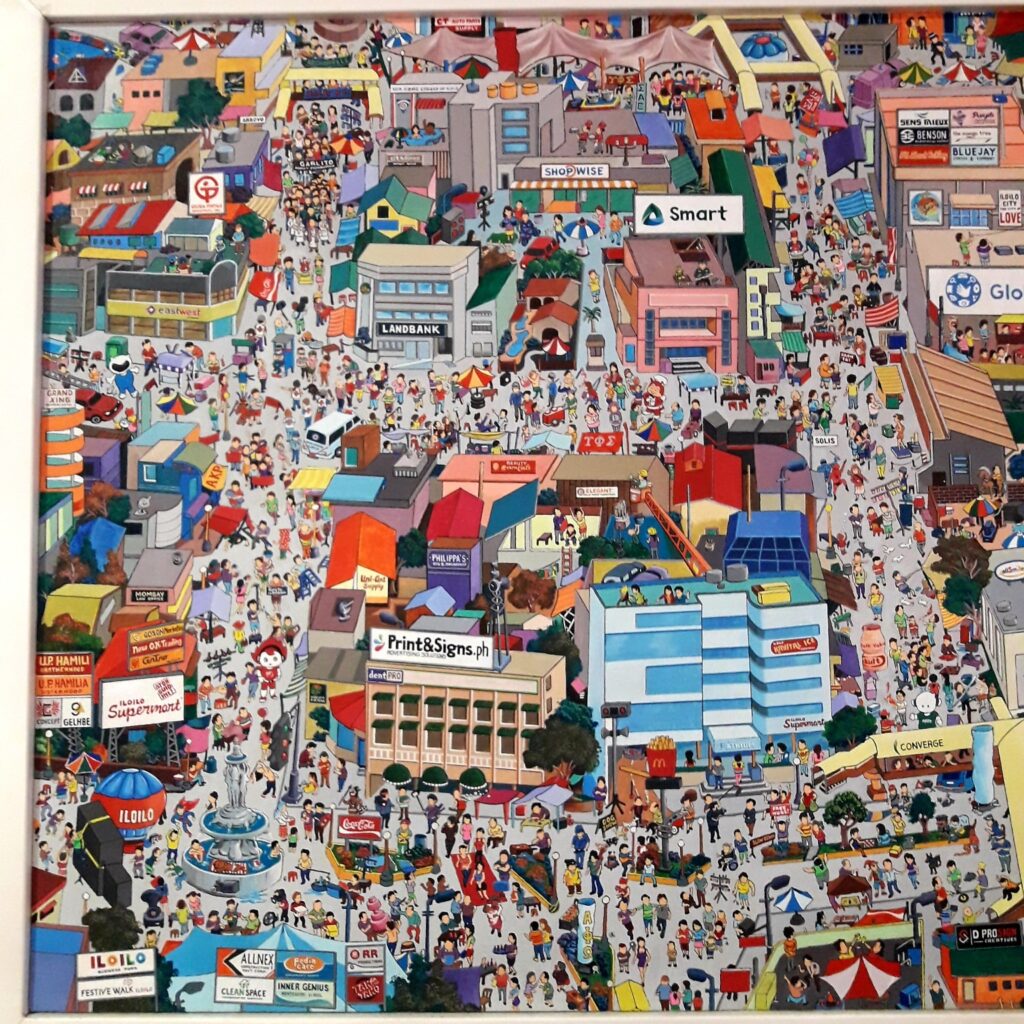 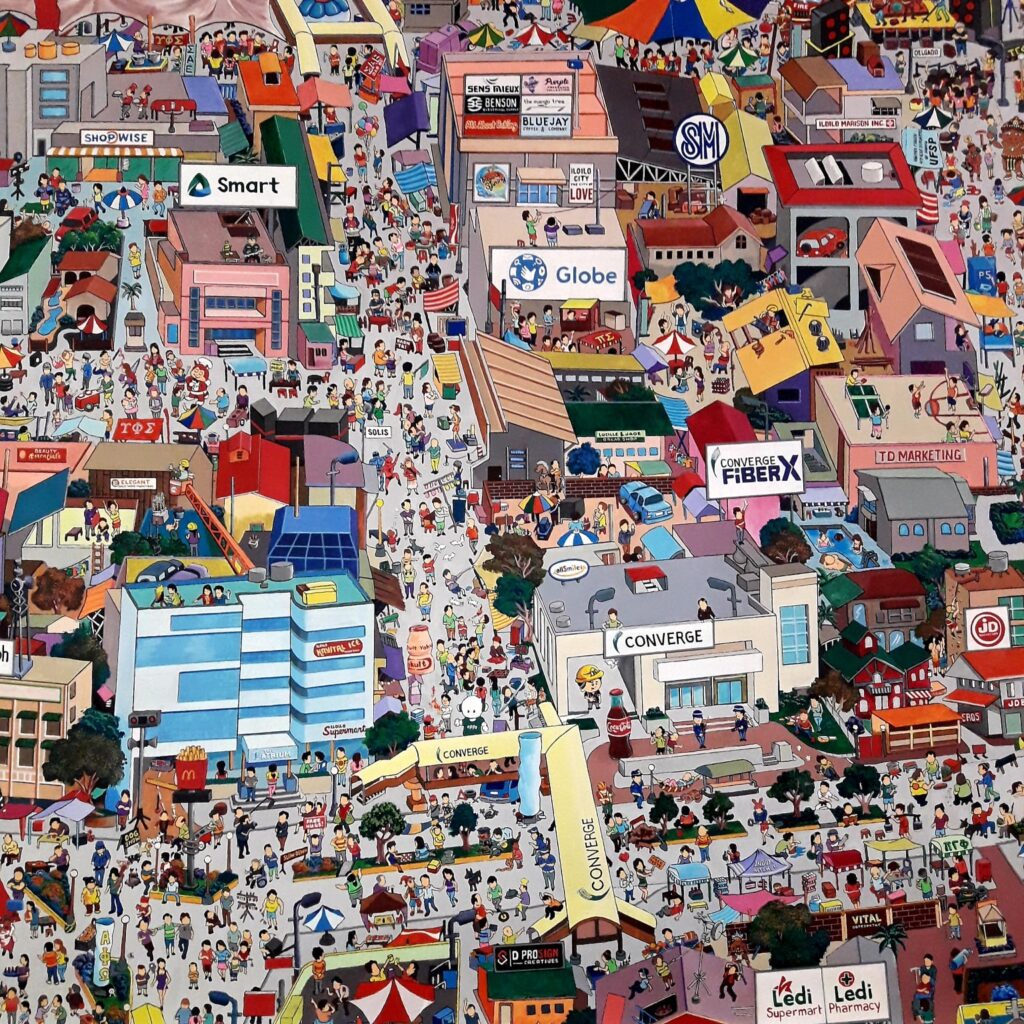 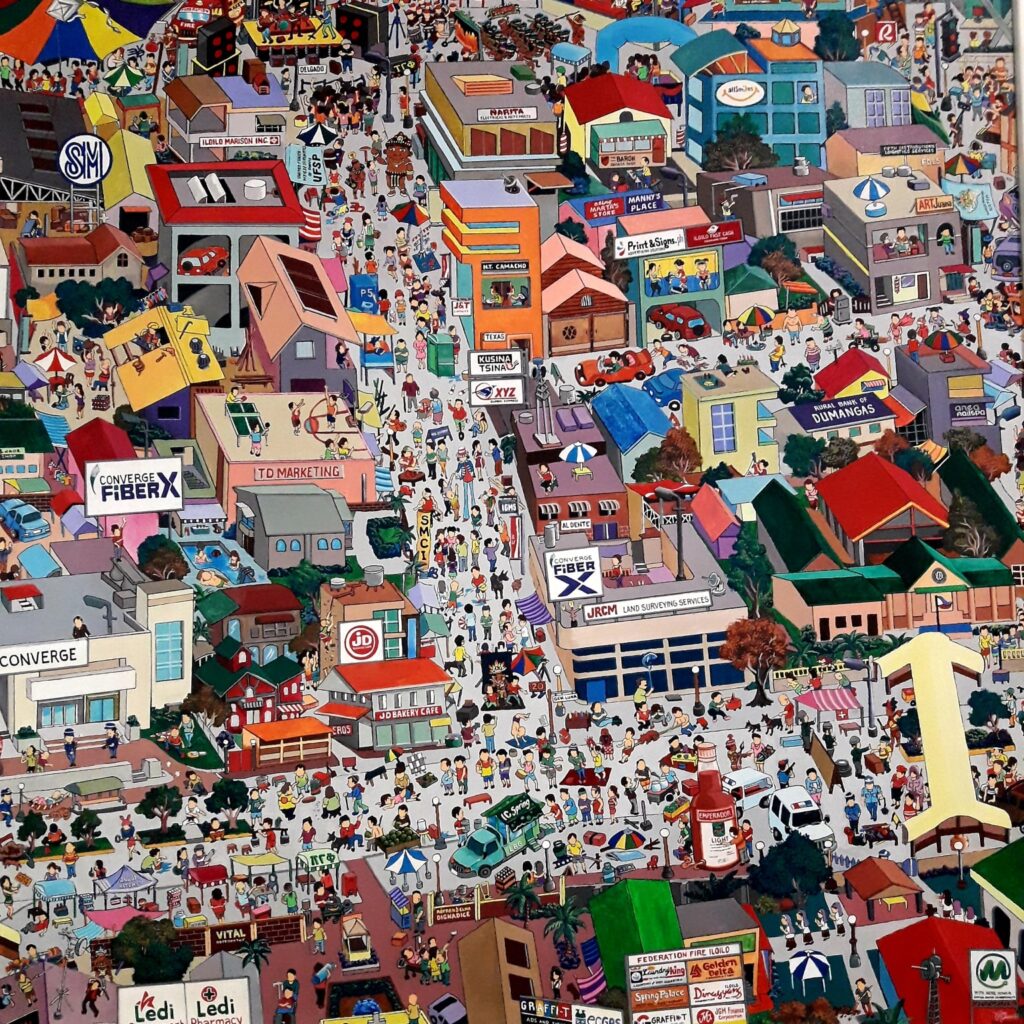 Mark Vincent G. Java is a renowned cartoonist and illustrator for over 20 years, Java has worked for various publications both locally and nationally. A Philippine Arts graduate of the University of the Philippines Manila, he embraced the nuance of cartooning and sought to bring its character into the realm of fine arts. Today, he is a proud owner of a Doberman kennel and continues to paint in his hometown in Iloilo City.

When I was a little kid, our favorite Dinagyang spot is along the streets of Ledesma, Iznart, and J.M. Basa. It is pretty convenient because you can see the two tribes. First, the tribe from the Quezon judging area going to Maria Clara judging area, and second, the tribe from Freedom Grandstand (old; now Sunburst Park) going to Iloilo Capitol’s judging area.

Little as I was, I am not that particular in judging criteria. I was already happy seeing the warriors, hearing the drum beats, and feasting my eyes on their colorful costumes and props.

When I entered high school, Dinagyang fever went a million times more exciting. I am from the home of Tribu Lunok, Tribu Silak, and now, Tribu Panayanon. The whole school year felt like Dinagyang season. It is the school pride that makes it my pride too.

Usual Dinagyang spots are no longer the same. I used to follow the tribe, helped pushed the risers, hand-out ice water to main dancers and drummers, stopped at every judging area, and sadsad the whole street.

After years of championship drought, we are all happy that we were finally able to taste the sweet victory when Tribu Silak became once a champion of Iloilo City’s main festival (oh, age reveal).

Dinagyang became Di-na(g)-young for me. As I enter college, my work, the years where I can be present in these streets in the artwork became lesser.

My last Dinagyang was in 2019. I joined Kaon ta Iloilo’s food festival along Arsenal Street. And I watched Ben and Ben’s free concert. After this, pandemic happened, Dinagyang became virtual, and I am here waiting for the grand return of the Dinagyang in the streets.

PalawanPay, the New E-Wallet from the Palawan Pawnshop Group, Makes Pera Padala Easier with Its Send to Palawan Branch Feature 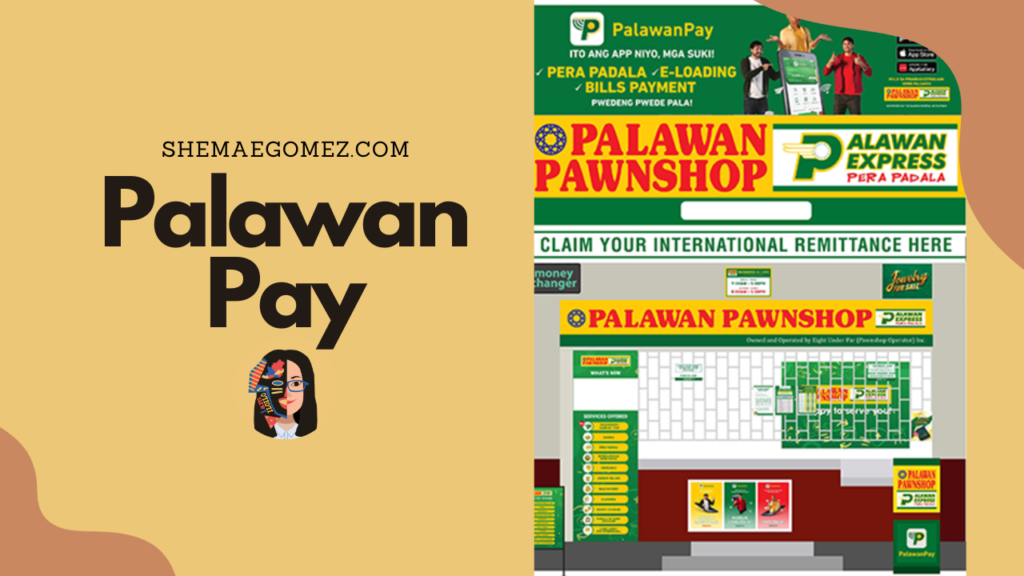