Candelaria follows after Dinagyang so one cannot simply say that the festivities in the City of Love are over. Every February 2, all roads lead to Jaro for her world renowned celebration of gallantry, pageantry, and religiosity. As such, the celebration revolves around the Nuestra Senora de la Candelaria (Our Lady of Candles), the Patroness not only of the District but of the entire Western Visayas.

People from various parts of the country and the world flock to Jaro Cathedral in order to attend at least one of the masses held every hour starting as early as 4:00 in the morning, and to venerate her image as well as to light candles in her honor.

Also read: Jaro Fiesta 2021: Celebrating The Gift Of Light In The Darkness Of The Pandemic 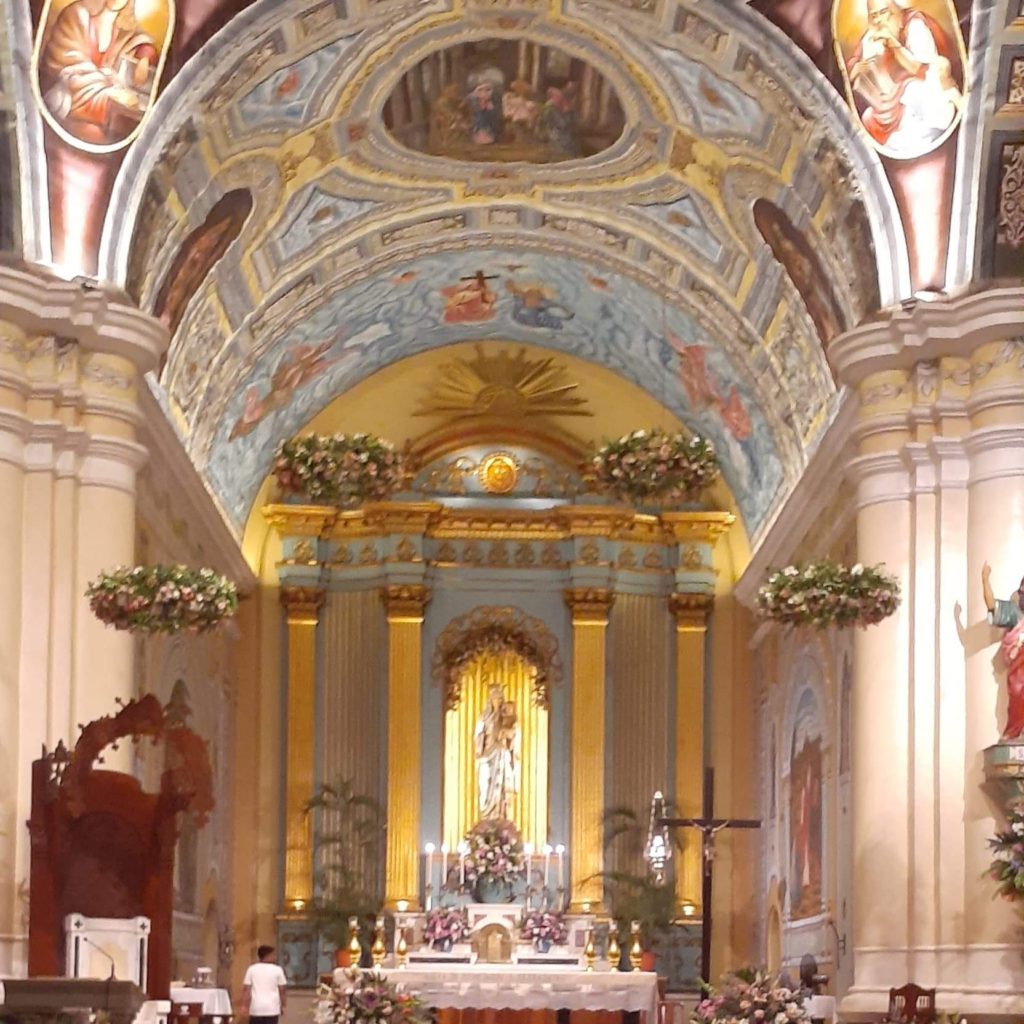 In the afternoon, one can witness the grand procession which highlights the Fiesta Queen who comes from one of the prominent clans in Jaro. More importantly, it still focuses on the image of Our Lady of Candles, the very Queen and Mother of the District.

The History of the Candelaria

The image of the Nuestra Senora de la Candelaria was first found by fishermen in the banks of Iloilo River. It was originally one foot tall, but none of the fishermen succeeded in carrying the image; UNTIL they have decided to bring the image to Jaro.

Since the Jaro Cathedral became the image’s home, many strange things and miracles has happened. 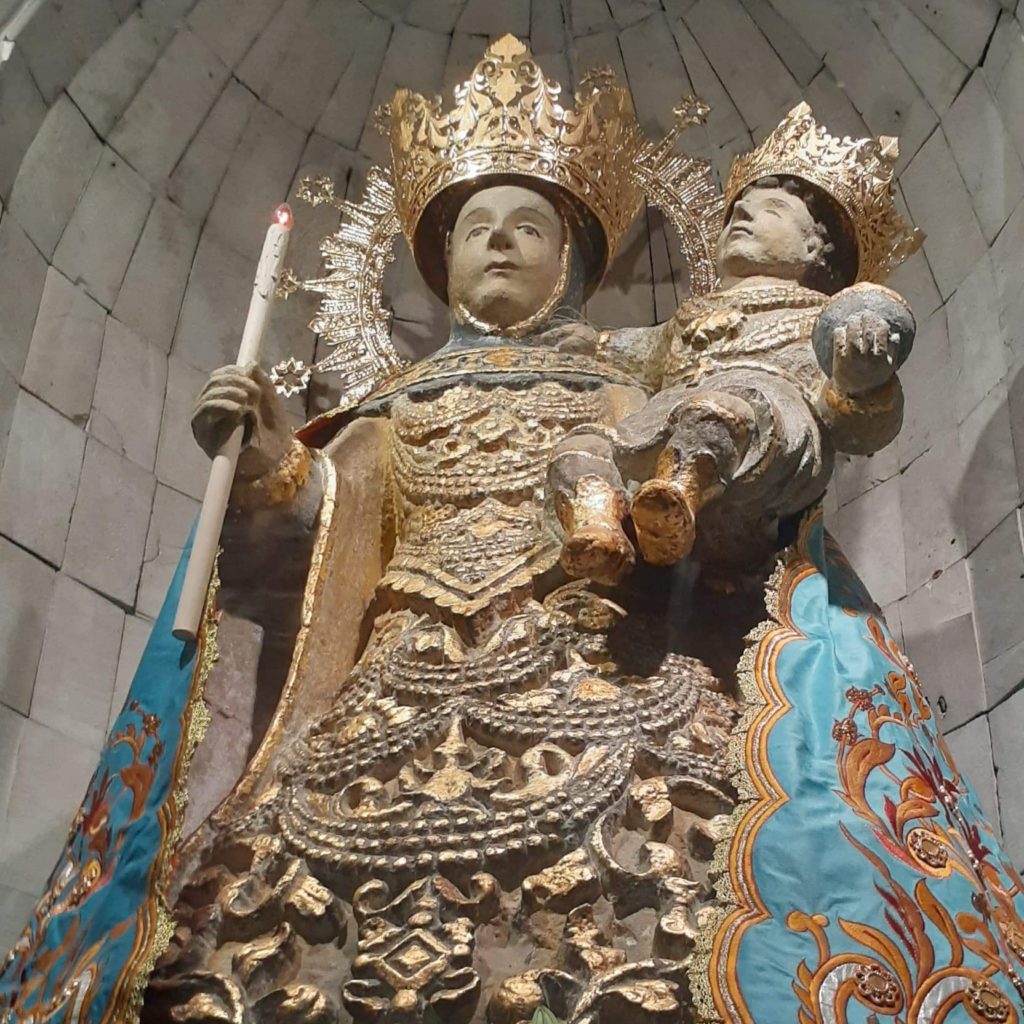 In the olden days, people would say that the she has a habit of disappearing early in the morning. She turns into beautiful lady with long flowing hair bathing her son in a well found in the middle of the plaza. At the same time, a mist would cover her niche in the cathedral. This is the reason why an image of the Nuestra Senora de la Candelaria is inside Jaro Plaza.

As a mother, she wants always to be closer to the reach of her children. This is why even her placement in the Cathedral is very specific.

In 1870, she refused to be placed in her niche in the newly constructed Cathedral. Moreover, she consented after the continuous supplication of the faithful and the solemn procession around the streets in the District. One must take note that the said processional route is the one that is still used until today.

The Crowning of the Image

During the Second World War, the Senora’s place in the cathedral was engulfed in total darkness for days. When it dissipated, the image had miraculously grown larger. Today, the size of the image is already about five feet tall and many believe that it is still growing.

The refusal of the image to be taken to the balcony was visible during the Pastoral Visit of Pope John Paul II in 1981. People tried to move the chains which were holding Her breaks several times. They became successful in transferring the image when it was the Pope himself, in full regalia supervised the operation.

The crowning of the Image of the Nuestra Senora de la Candelaria (the only Marian image in Asia) is personally done by the Pope himself. The image portrays Mary carrying the Child Jesus on her left hand while holding a candle on the other. It symbolizes that God would always bring the light in the darkest and trying moments of our life.

On the day of the fiesta, one can expect a sea of devotees going to and from Jaro Cathedral. In addition, you must also expect walking—yes, lots and lots of it. Many of the public utility jeepneys would be unavailable especially in the afternoon, i.e. when the procession would ply the district’s primary roads. 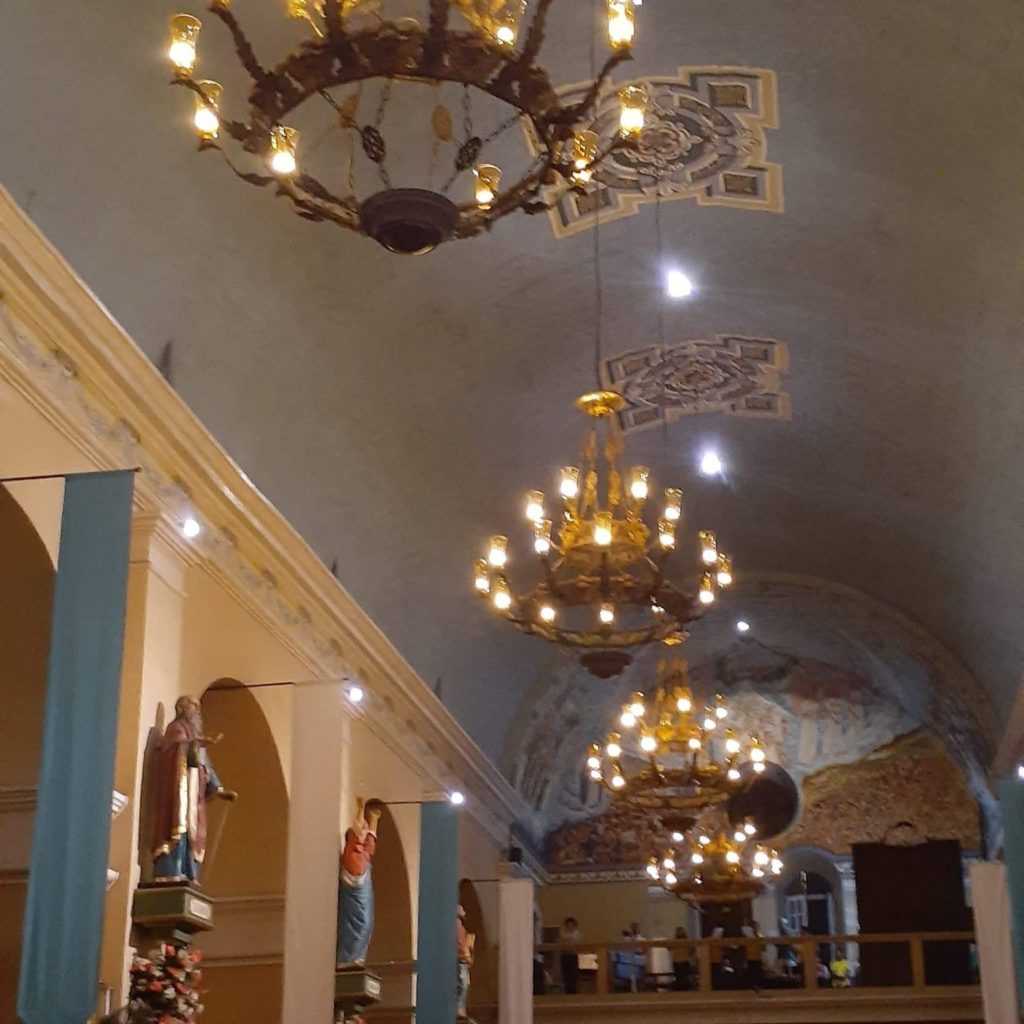 In the height of terrorism nowadays, expect a lot of patrolling military and police personnel. At the Cathedral’s gates, expect frisks and bag searches.

Please don’t bring a backpack in order to avoid inconveniences.

Bring a bottle of water in order to avoid dehydration.

As the proverb says, “the early bird gets the worm.” By arriving early at the Cathedral, one can experience the very festivity itself from the first thing in the morning. Moreover, you can venerate the image of the Candelaria without the hassles of waiting in line.

The Image of Our Lady is located in the balcony at the façade of the Cathedral. As such, one must expect an endless line of devotees waiting for their turn to pay their veneration to the Candelaria.

Devotees are trying their best to venerate the image during Her feast day but if you can’t make it, you can also venerate the image of the Candelaria at any day of the year. As such, one can see the gold crowns atop the heads of Our Lady and the Holy Child. During the feast day, the crowns were on display and taken away in the evening after the celebrations.

Buy and light a perdon.

A perdon is a long taper that is sold around the vicinity of the Cathedral. Devotees find the lighting of perdon miraculous.  On the feast day, try lighting a perdon at the Chapel of Lights.

On a personal note, try lighting a perdon at the Cathedral whenever you are about to take an examination; or making an important decision; or even as a way to express your gratitude to the blessings that you have received.

The palapak is a religious tradition where the miniature image of Our Lady is placed upon a devotee. This symbolizes the pouring of divine graces upon the person and the assurance of the continuous guidance of the Candelaria.

In order to experience the palapak, just approach any seminarian who carries the image of the Candelaria in the church’s vicinity.

Witness (or even join) the Procession.

The procession reminds us that we are mere pilgrims (homo viator) in this world. In this journey, we would meet different people and have various experiences.

The procession starts at 4:00 P.M. It culminates with the Halad, the delivery of a poem in honor of the Candelaria. The celebration of the Masses (in the Cathedral) then continues.

Like Mary, we are the bearers of the Light to others, especially to the least, last, and lost. Being light bearers, we must give meaning to the lives of the people around us in the simplest means possible. As such, we must never lose hope and focus especially in the storms and topsy turvy moments of our life. Like a candle in the dark, our light must shine all the more.

Our Lady of Candles, pray for us!

Gabby Castrojas is a poem enthusiast, urban adventurer and savvy in rich tradition of Iloilo. He is currently writing in order to provide a glimpse of the rich festivals and traditions in the City of Love. He likes to engage in unraveling the hidden wonders in the Queen City of the South.

Sun Feb 2 , 2020
Leaf Healing Spa is another place where you can get a quick getaway from a stressful day. Without going too far from the city, you can have the time to relax, rejuvenate and take a little breather from a long day. What makes Leaf Healing Spa Different?     With its nature […] 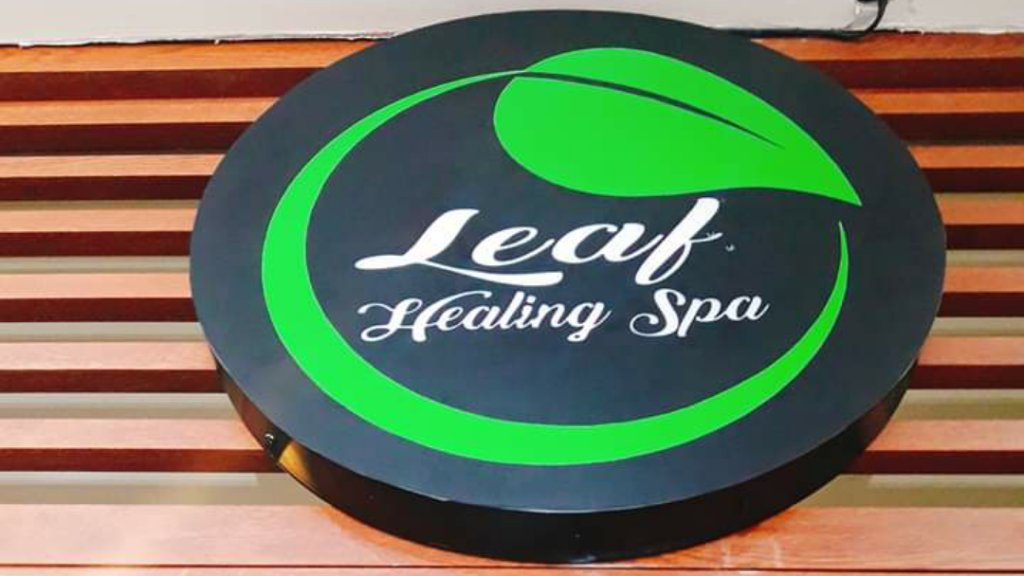