In addition to this, leaders also asked the old distribution utility Panay Electric Co. (“PECO”) to accept and move on that it has lost the electricity distribution business with MORE Power.

The two mentioned groups in Iloilo believes that the reason why there is a rampant power outages all over the city because MORE Power is doing their job on correcting the current state of the city’s electrical systems.

ILEDF is a group of Iloilo City’s varied business associations. Its Executive Director, Francis Gentoral issued a statement saying that ILEDF “is confident that MORE Power remains true to its commitment to provide transparent service and has never shied away from informing the public of the unscheduled power interruptions, their durations, and causes.”

ICLAJODA’s president Raymundo Parcon expressly said that MORE Power is “diligently doing their upgrading and comprehensive preventive maintenance in all its substations and upgrading its distribution lines.”

These statements made by two groups contradicted the claims of PECO that the power outages that are happening within the metro are due to MORE Power’s lack of readiness to run the city’s electricity distributor.

In addition to this, ILEDF said that it would be best if PECO will accept already that it has lost to serve Iloilo’s interests.

“ILEDF calls for unity in the face of the global health crisis and for PECO to accept the things it can no longer change — expired franchise, revoked CPCN, revoked Mayor’s Permit — for the whole of Iloilo City to move forward and level up as envisioned by the city government.”

Furthermore, the business group also stresses that, “Iloilo City consumers … finally, enjoy(ed) a (per) kilowatt-hour (kWh) rate of less than Php10 when MORE Power took over as distribution utility”.

For more than 15 years, Iloilo recorded the highest power rate in the country under the old distribution company.

The vision of the businesses leader is to promote Iloilo as one of the premier investment destination and having a world-class electricity service is essential.

ILEDF cited the study it commissioned Singapore-based electricity distribution expert and consulting firm WSP to undertake in 2010 that recommended significant investments in the city’s distribution system to provide the business and industry sector’s requirements.

In the second study conducted in 2018, it was found out that “because of its lackadaisical approach to modernizing its service, PECO lags way behind other utility firms in Manila, Cebu and Davao. When compared with other utilities in Asia, it falls way, way behind global standards.” This was also mentioned in a written opinion via BusinessMirror.

In an article published by BusinessWorld, it stated that “recommendations made in 2010 have been implemented but not in full”. ILEDF also noted the PWSP study in 2018 that “the gap widens even more when the comparison is made with DUs in the ASEAN region.”

ILEDF believes that the power outages being experienced by the city in the first few months is about MORE Power’s “efforts to address public welfare concerns particularly on the eradication of theft of electricity, fire prevention, and overall improvement of services to the Iloilo City consumers.”

ILEDF also added that MORE Power “does corrective maintenance on the existing distribution facilities which had fallen into such a serious state of disrepair brought about by years of neglect and lack of capital investments.”

The general manager of Western Visayas Transport Cooperative, Halley Alcarde, expressed his satisfaction on MORE Power’s operation. According to him MORE Power “is really committed to deliver the needed upgrades in all aspects of their operations, from upgrading the capacity of every substations to their distribution lines, and replacements of old meters of its consumers.”

Alcarde noted the uproar from the consumers before MORE Power took over in operation with regards to overbillings and illegal connections which resulted in a more expensive systems loss charges that were added to monthly bills.

Lastly, Alcarde admired the actions of MORE Power President Roel Castro for being “very open and transparent with most of its dealings and on handling the operations down the line as consumers are updated of the current power distribution situation in the city as well its current limitations, something that we don’t know from the previous one.

AC is Confident to Restore Normalcy

Thu Jul 16 , 2020
Stakeholders of AC Energy Philippines conducted a meeting to discuss the progresses of the clean-up efforts they have as part of the environmental management plan. The stakeholders’ task force is composed of representations from different barangays of Iloilo City, offices of the Iloilo City Government, Philippine Coast Guard, AC Energy […] 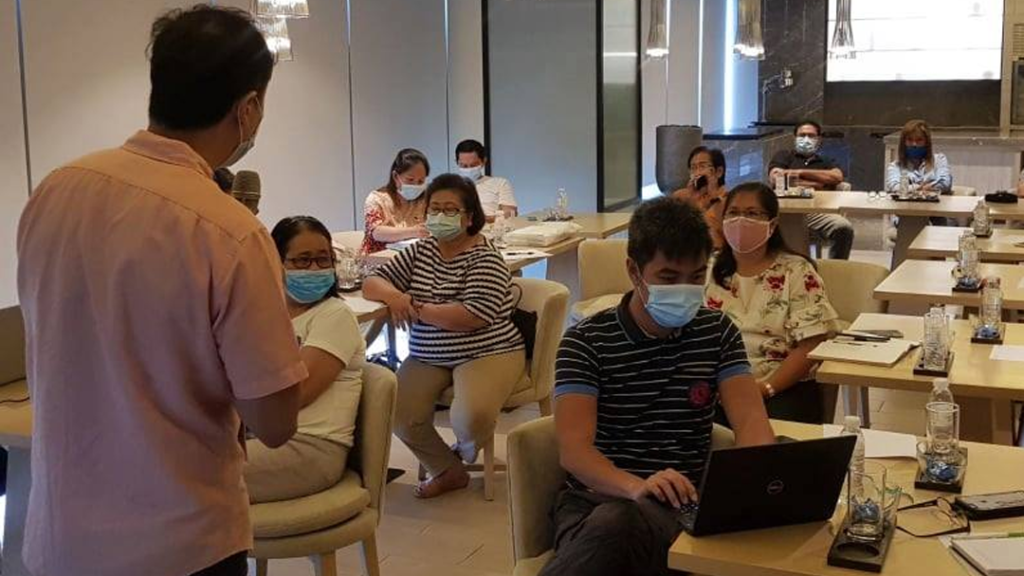