Solo Parent Identification (ID) Card is the best proof a solo parent can have. Those who have this ID are entitled to enjoy certain government discounts and benefits.

The law on Solo Parents aims to provide different kinds of support and ease financial difficulties faced by a parent working alone for their children and improve the quality of life.

According to Section 3 of Republic Act No. 8972 (An Act Providing for Benefits and Privileges to Solo Parents and Their Children, Appropriating Funds Therefor and for Other Purposes), the solo parent is defined as:

(a) “Solo parent” – any individual who falls under any of the following categories:

(1) A woman who gives birth as a result of rape and other crimes against chastity even without a final conviction of the offender: Provided, That the mother keeps and raises the child;

(2) Parent left solo or alone with the responsibility of parenthood due to the death of a spouse;

(3) Parent left solo or alone with the responsibility of parenthood while the spouse is detained or is serving a sentence for a criminal conviction for at least one (1) year;

(4) Parent left solo or alone with the responsibility of parenthood due to physical and/or mental incapacity of spouse as certified by a public medical practitioner;

(5) Parent left solo or alone with the responsibility of parenthood due to legal separation or de facto separation from spouse for at least one (1) year, as long as he/she is entrusted with the custody of the children;

(6) Parent left solo or alone with the responsibility of parenthood due to declaration of nullity or annulment of marriage as decreed by a court or by a church as long as he/she is entrusted with the custody of the children;

(7) Parent left solo or alone with the responsibility of parenthood due to abandonment of spouse for at least one (1) year;

(8) Unmarried mother/father who has preferred to keep and rear her/his child/children instead of having others care for them or give them up to a welfare institution;

(9) Any other person who solely provides parental care and support to a child or children;

(10) Any family member who assumes the responsibility of the head of the family as a result of the death, abandonment, disappearance, or prolonged absence of the parents or solo parent.

Means-, pension-, and subsidy-tested monthly cash subsidy of One thousand pesos (Pl,000.00) per month per solo parent who is earning a minimum wage and below.

A ten percent (10%) discount and exemption from the value-added tax (VAT) on baby’s milk, food, micronutrient supplements, and sanitary diapers purchased, duly prescribed medicines, vaccines, and other medical supplements purchased from the birth of the child or children until six (6) years of age of a solo parent who is earning less than Two hundred fifty thousand pesos (P250,000.00) annually.

Automatic coverage under the National Health Insurance Program (NHIP) is being administered by PhilHealth with premium contributions to be paid by the National Government.

Prioritization of solo parents, particularly solo mothers in re-entering the workforce, and their children as applicable, in apprenticeships, scholarships, livelihood training, reintegration programs for OFWs, employment information and matching services, and other poverty alleviation programs of the TESDA, DTI, CHED, DepEd, DOLE, DMW, and other related government agencies, subject to the standard eligibility and qualifications.

Prioritization and allocation in housing projects with liberal terms of payment on government low-cost housing projects under housing law provisions prioritizing applicants below the poverty line as declared by the Philippine Statistics Authority (PSA).

How to Apply for a Solo Parent ID Card?

1. The applicants for the solo parent ID must bring the following documents to the City/Municipal Social Welfare and Development Office:

2. The social worker receives and ensures that all documents are complete and registers the applications with an appropriate case number in the logbook Registry of Solo Parents.

Note: The ID will be issued after 30 days after filing. The validity of the ID is one year and is renewable.

How to Apply in Iloilo City?

Visit the nearest DSWD office of the district where you are a resident. For example, if you are from Jaro, there is an office in Jaro plaza and bring the following requirements as stated above or in the photo.

Ford Philippines Enriches The Ownership Experience With Launch of FordPass

Sun Nov 27 , 2022
Ford Philippines today announced that it is officially launching FordPass in the country, offering customers a richer ownership experience through a smart, one-stop platform with an array of useful features for the customers. FordPass is an application that customers can download on their mobile devices to access vehicle-specific content and […] 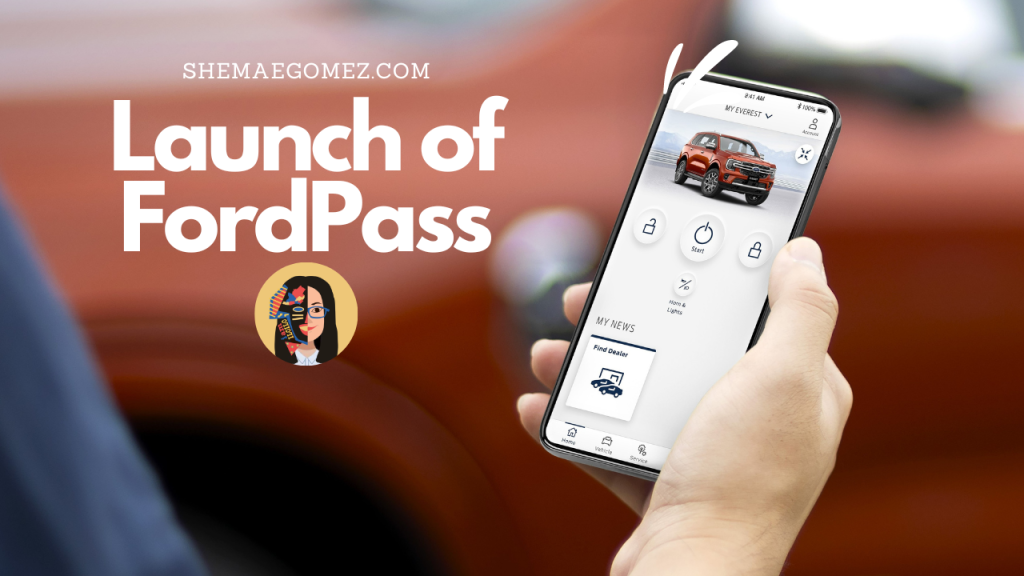