March is the Fire Prevention Month here in the Philippines. Its objective is to discuss and raise awareness about the causes, hazards, and dangers of fire.

Why March is the Fire Prevention Month?

Presidential Proclamation No. 115-A

In November 17, 1966, then President Ferdinand Marcos signed Proclamation 115-A assigned a particular safety and accident prevention to every month of the year. March is “Fire Prevention”.

One goal is to lessen the heavy financial losses and consequent economic dislocation among those affected and to our country at large and the immeasurable human suffering. In addition, the proclamation aims to propagate safety consciousness among our people every day of the year as a positive preventive approach to a problem that can be solved by more caution, vigilance, sobriety, exercise of common sense and respect for the law.

In January 23, 1989, March was also declared the Burn Prevention Month through Proclamation No. 360, s. 1989 by then President Corazon Aquino. This aims to disseminate knowledge in the field of burn prevention and to enhance education in all phases of burn care is of utmost importance.

March is one of the hottest months of the year and marks the beginning of summer season in the Philippines. According to the state weather bureau PAGASA, the temperature and humidity in March start to reach higher levels, with the hot, dry weather causing a rise in reported fire cases around the country. In addition, there is a high record of fire incidents around this month.

Fire Prevention Month is not a festive celebration. It is a reminder to be extra careful. Let us all do our share in the promotion of public safety awareness and disaster preparedness as fire is considered a human-induced (man-made) calamity.

Beware of the ravages of fire that may cause havoc to you, your loved ones or anybody else. Be fire safety-conscious to save lives and property not only during March but all throughout the year.

Sat Feb 27 , 2021
The saying “prevention is better than cure” is true especially when it can avoid such mishaps and avoid the loss of properties and precious lives. Keep your family and home safe with the following safety tips: Read also: March Is The Fire Prevention Month In The Philippines 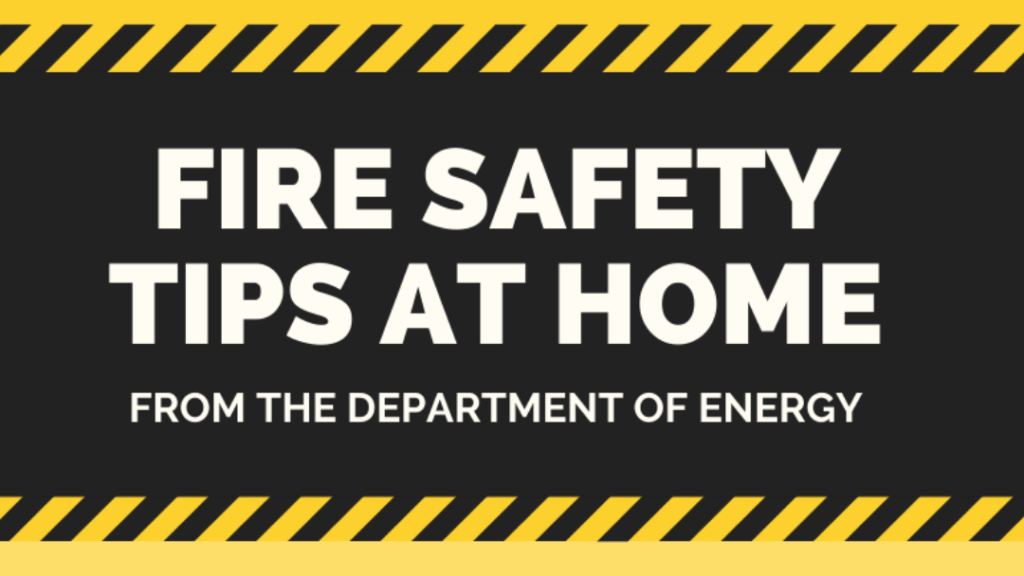