On page 33 of the book a hero in war and peace, Adriano Hernandez written by Demy Sonza, it says:

“In the progressive province of Iloilo, however, the mestizos had ample opportunities to rise in socioeconomic status. Those who had gained wealth and learning, like the Hernandez brothers of Dingle, were accepted without reservation into the local Spanish society. Both Julio and Adriano Hernandez had gained admission to the Casino Español, the exclusive Spanish club, on Calle Real, Iloilo City. The Casino Español was originally located on Calle Real near Aduana (customhouse) but was later relocated to Calle Rosario later renamed Calle Hervas.”

During the American period, Spanish residents in Iloilo and Negros Occidental formed the Spanish Club so they can socialize among themselves.

Their first clubhouse was on the second floor of the building owned by Doña Emilia Saenz on Calle Real (J. M. Basa Street), where Central Hotel later opened.

That building was later bought by the Maravilla family where Pendy’s, Bodega Pub, and Dinagyang Siopao were found until it was demolished in the late 1980s.

The Spanish Club was “situated in a suite of very large rooms in the upper story of a big house in the Calle Real,” wrote Mrs. Campbell Dauncey in her memoirs An Englishwoman in the Philippines (1906).

“The chief room of the Spanish Club is a large apartment, almost a hall, where, on ordinary evenings, the members can be seen through the big lighted window spaces, sitting about at little tables, with glasses at their elbows, playing dominoes,” she added.

The place was cleared to accommodate guests during the New Year’s eve baile attended by several American soldiers and their wives where electric lights in paper flowers were hung, decorated with flags and palm branches, she further wrote.

Mrs. Dauncey was in the Philippines from November 1904 to August 1905 and stayed most of her time in Iloilo with her husband.

By the 1920s, Spanish Club members wanted to build a permanent clubhouse, so they raised funds for the project.

Popularly known then as Casino Español, “it was where the activities of the Iloilo elite were held,” according to the book Historical Landmarks and Monuments of Iloilo (1999).

“Aside from a dance hall, it offered other facilities like a tennis court and bowling alley,” added the book written by historians Henry Funtecha and Melanie Padilla.

Casino Español, which now lies in ruins after it was damaged during World War II, was not a gambling casino as often misunderstood.

“The club had a large main hall at the end of which was a bar. To the left of the hall was the library and to the right was a terrace overlooking the tennis court. The terrace served as a parlor game area,” the book said.
It also said that the most frequent activity held in the club was dancing where top-rated orchestras in Iloilo City performed for a fee.

“Today, what is left of the beautiful and imposing Casino Español is just a skeleton, a silent reminder of its past glory,” the book noted.

“Except for its columns and the remaining walls, nothing remarkable could be seen but definitely, it is an important landmark reflective of the affluence of the Ilonggos of the past,” it added.

In a post by the official Facebook Page of Mayor Jerry Treñas on December 2020, he revealed that the present owners of the old Casino Español at Sto Rosario-Duran would like to reconstruct the establishment. This will provide employment to the Ilonggos.

The Iloilo City Heritage Council approved the proposal with the condition that the façade of the old Casino Español will look the same to maintain its beauty.

Sun Oct 20 , 2013
It all started when we have elected our new event’s head committee – Glory. This is our first ever activity under her leadership. October 19, 2013 – the date of 2nd Iloilo Zombie Run. Unfortunately, this date falls n a Saturday and we have work on this day. So we talked to our […] 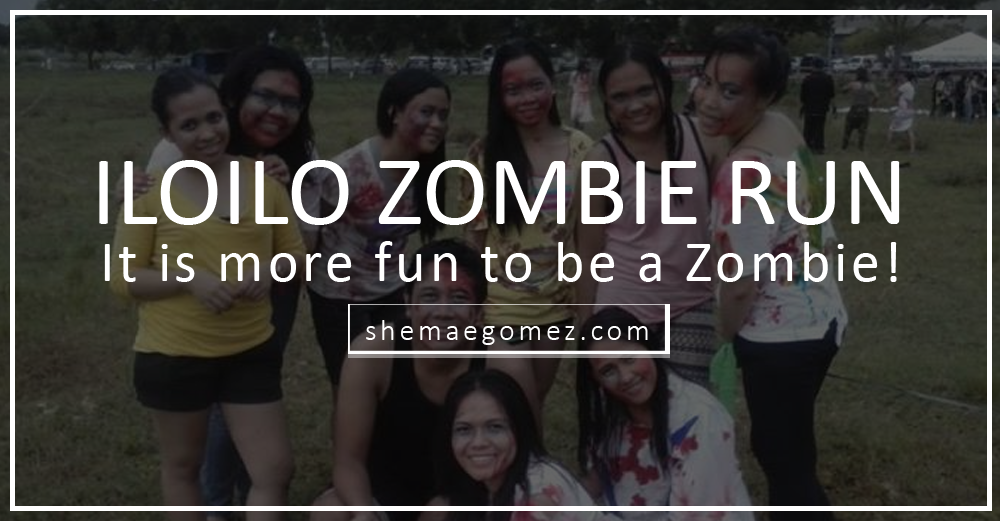