Calaparan-Calumpang-Iloilo City Proper jeepney route is for those residing in coastal parts of Villa Arevalo from South Baluarte to Calaparan and Sto. Niño Norte. The end-to-end of this route is from Breakthrough Restaurant until Plaza Libertad. 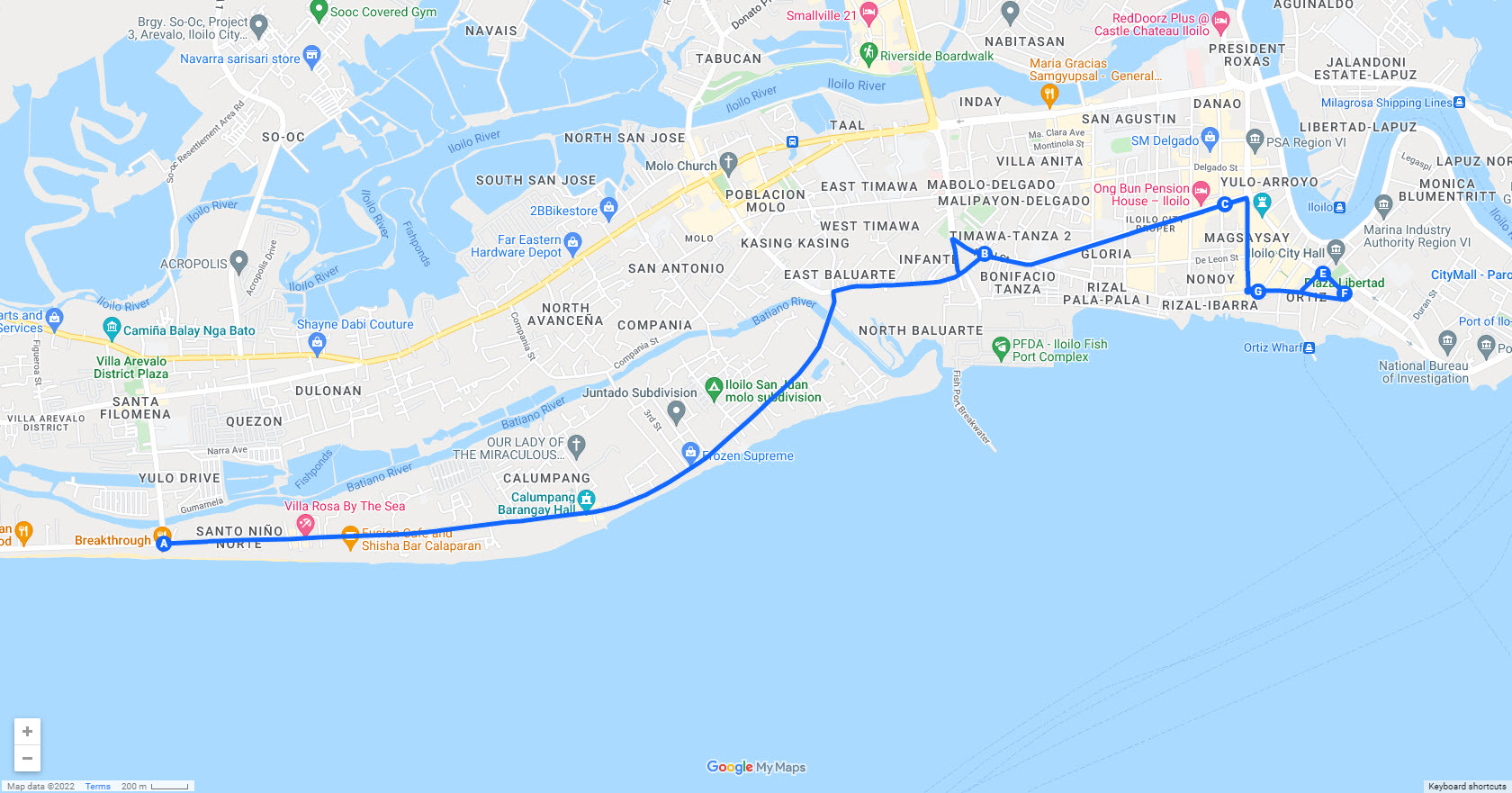 From Breakthrough Restaurant, it will pass straight to residential areas of Sto. Niño Norte, Calaparan, Calumpang, San Juan, Molo Boulevard and parts of South Baluarte (left side) and West Habog-Habog Molo (right side). 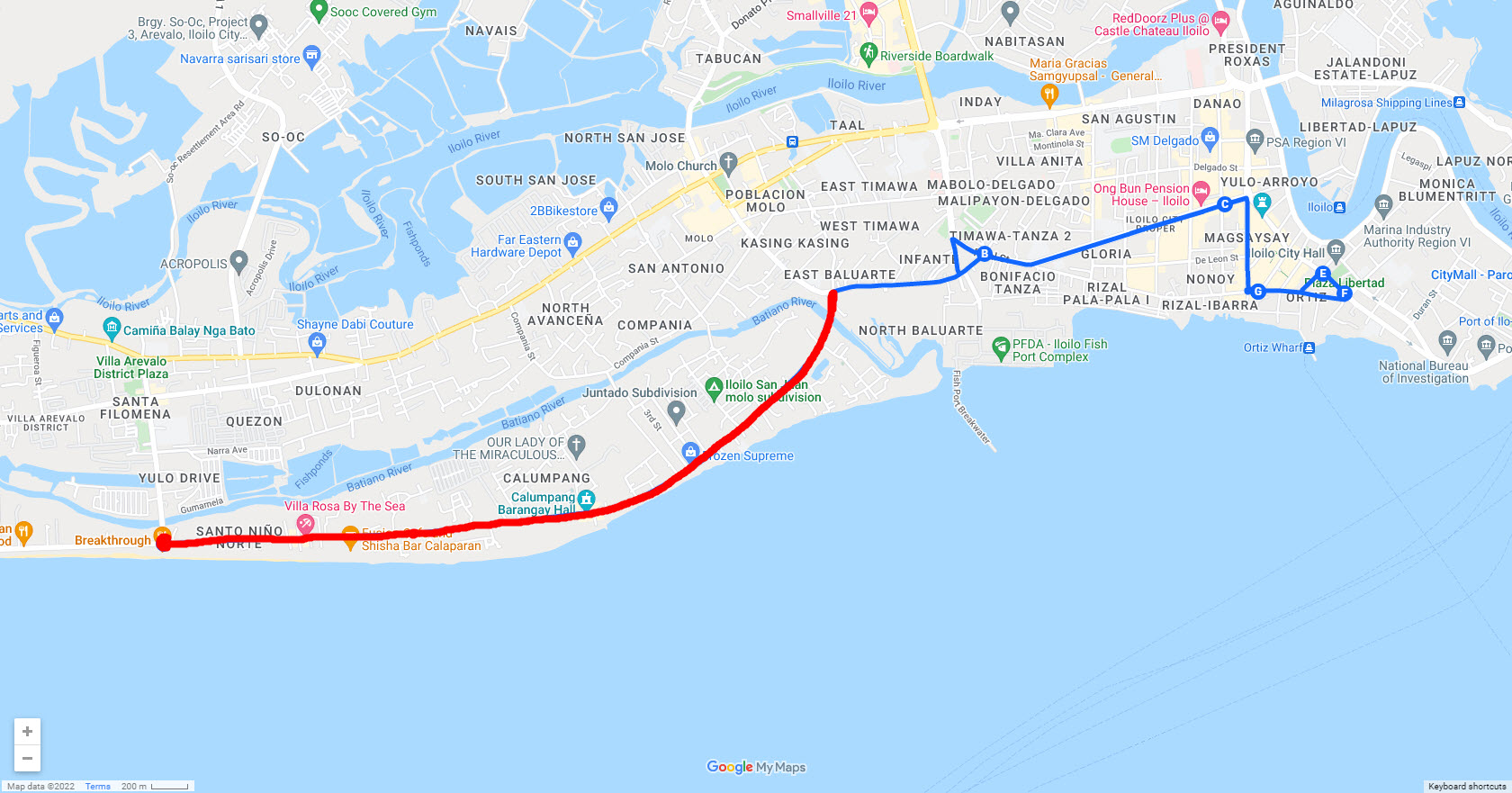 From Bangga Baluarte, it will make a right turn going to Iloilo Fishing Port. 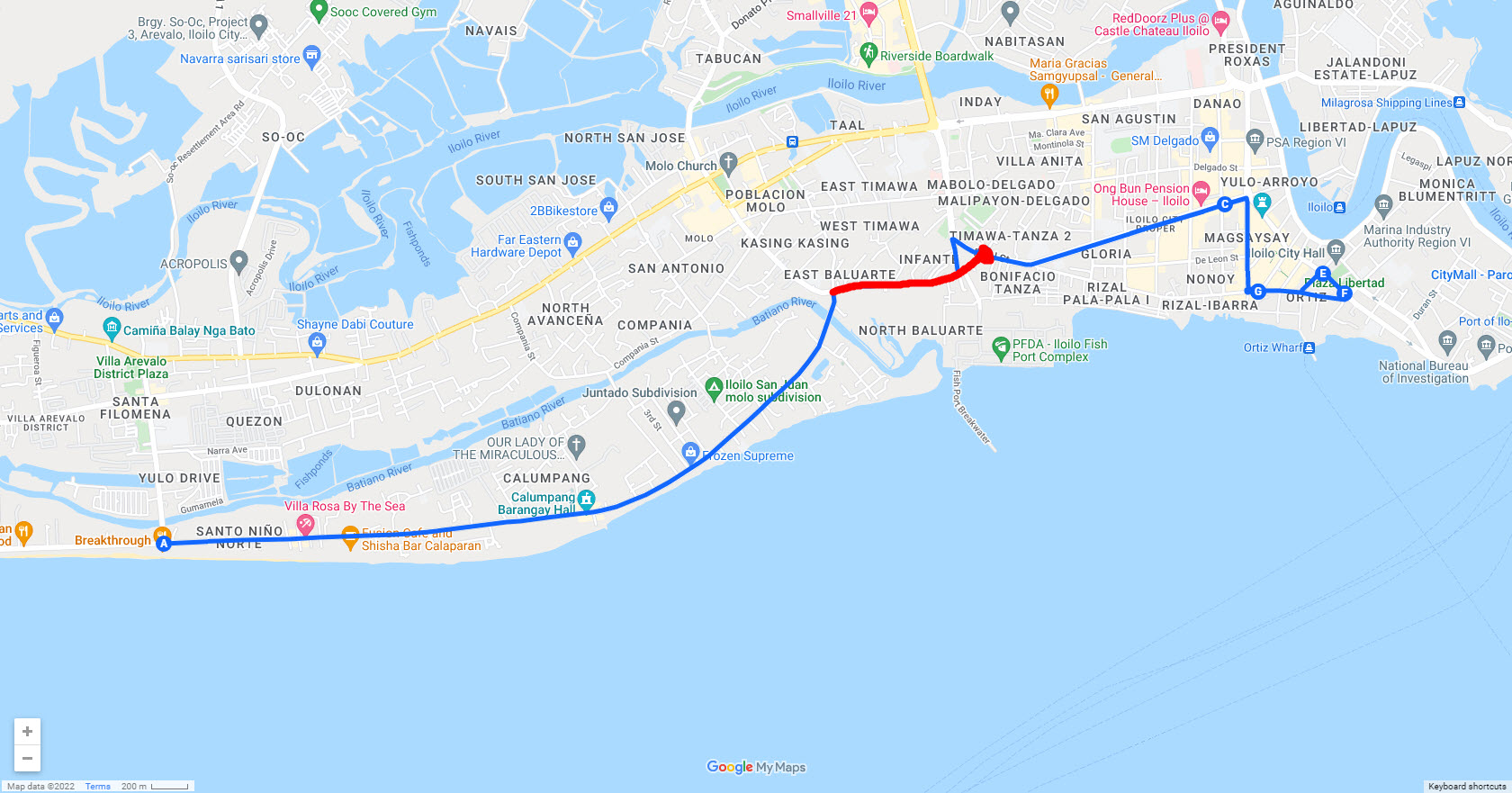 Then make a right turn again going to Tanza Church.

If the jeepney is from Breakthrough going to the City Proper:

This route is passing Iloilo Terminal Market (“Super”) to bring passengers who have transactions in the said area. If there is someone whose destination is Super, it will take a turn in the corner of Ledesma-Jalandoni. This is where the “frontline” murals are located or a block after Tanza Church.

It will return to Ledesma Street passing the portion of Fuentes Street. 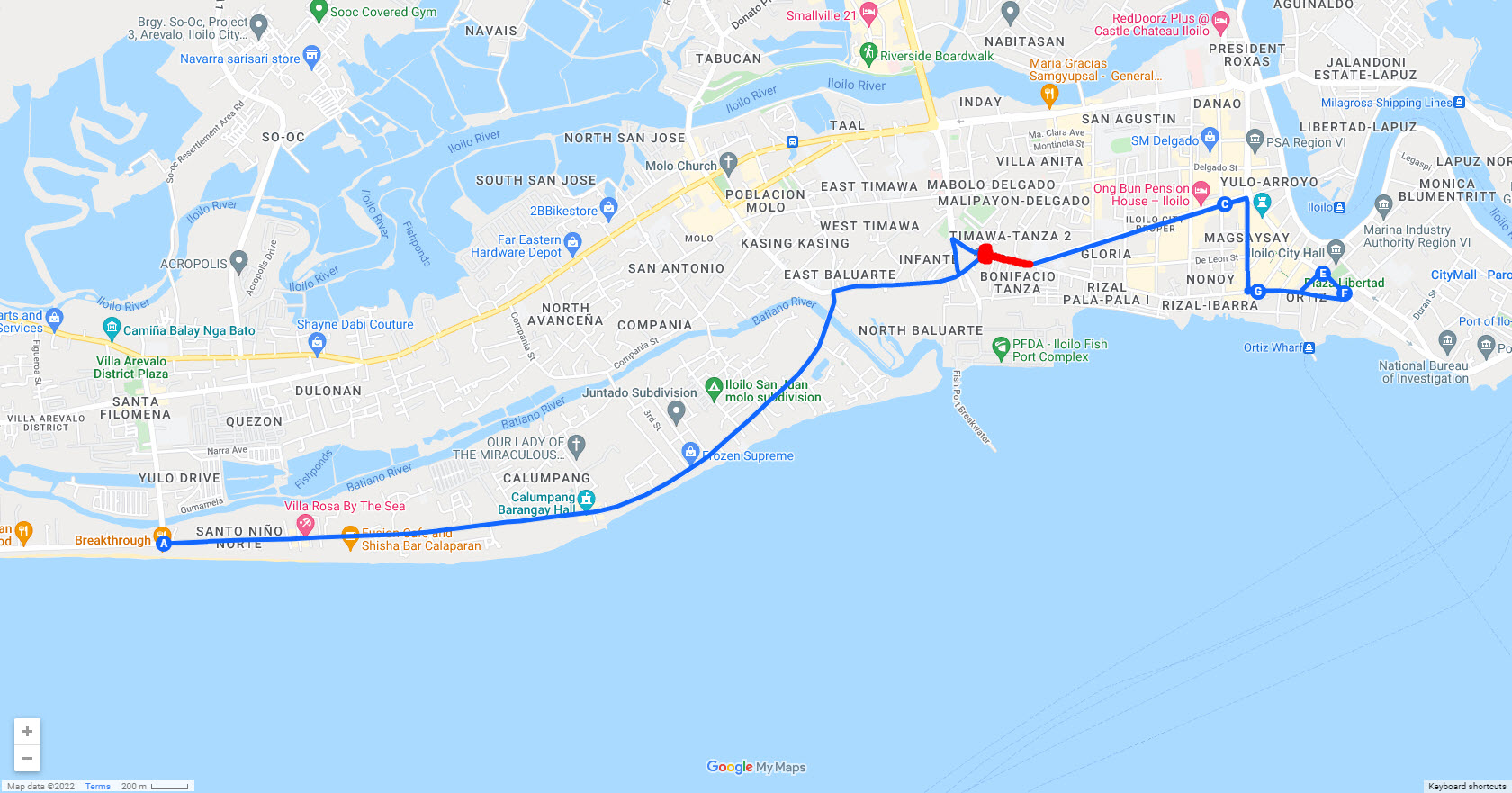 It will then go straight to Ledesma Street until it reaches Socorro Drug Store and will make a turn on the side of Iznart Street where the Chinese-Iloilo Friendship Arc is located. 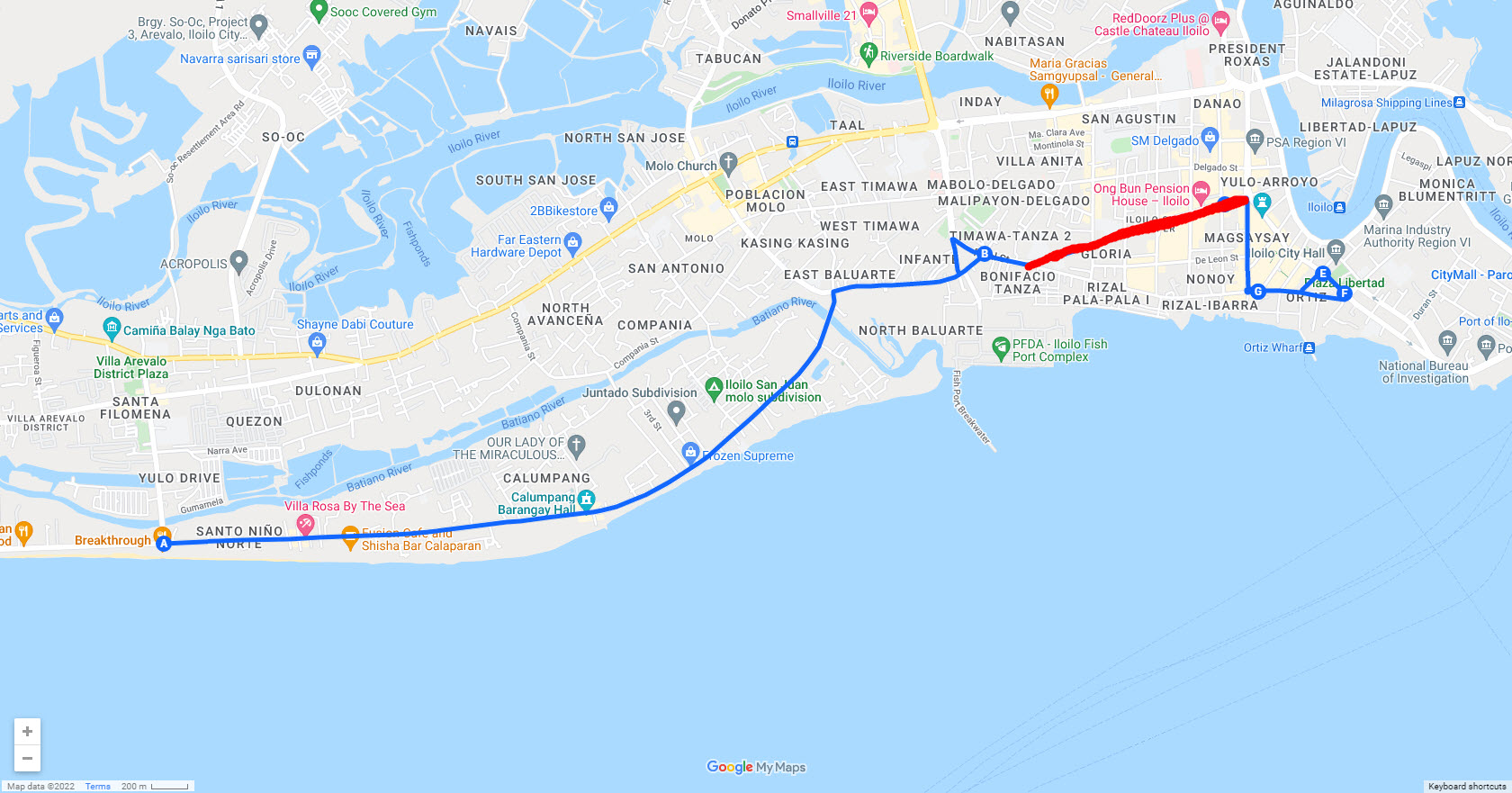 It will go straight until it reaches Maria Clara Statue and turns to Rizal Street (University of Iloilo). 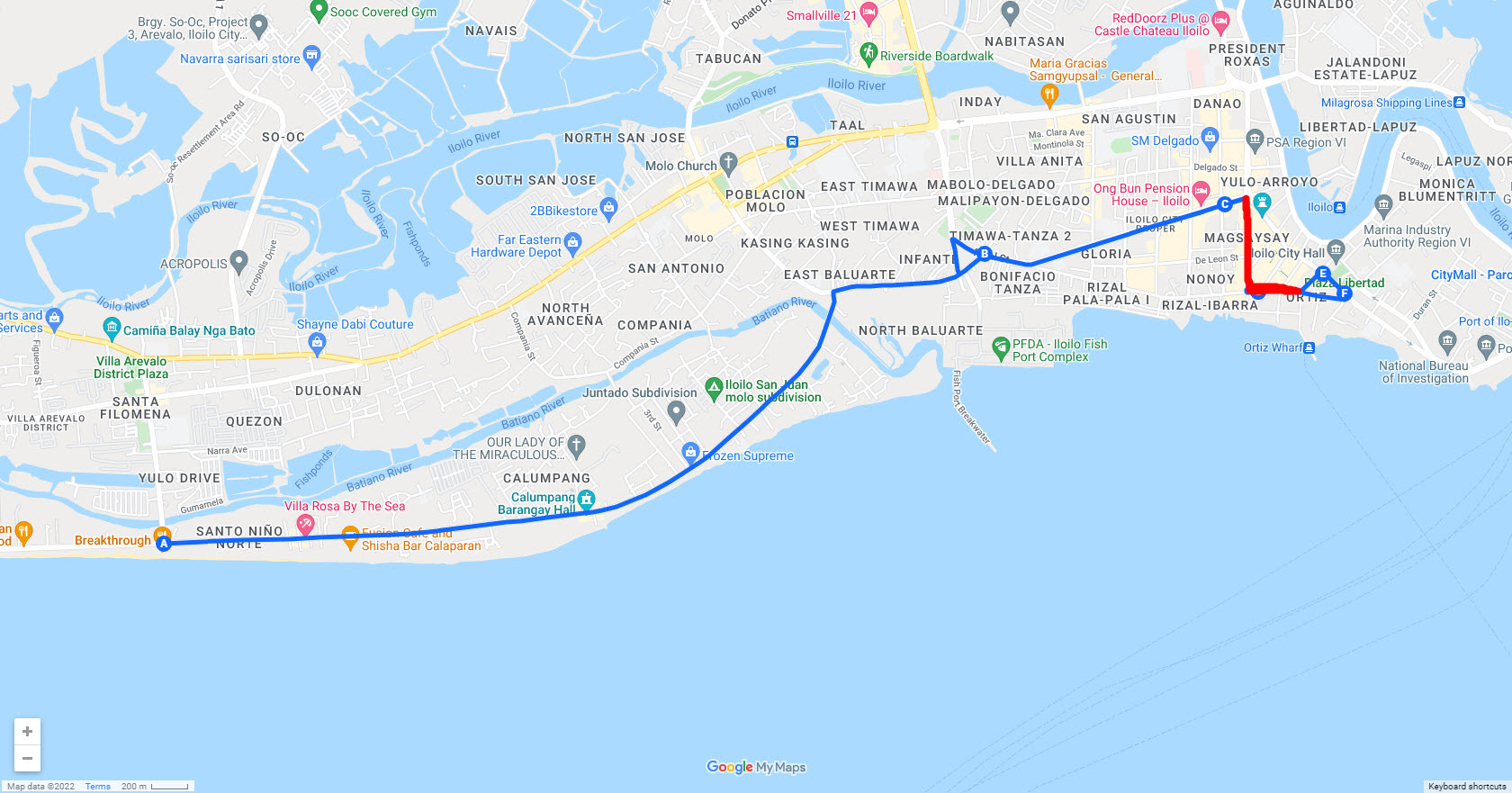 From Rizal Street, it will turn left to the extension of Ortiz Street the one going to Iloilo City Hall. It will make a right turn to the portion of JM Basa Street until it reaches the Mercury Drug Store on the corner and make a turn to Rizal Street passing Gaisano and, Iloilo Central Market passing back to the portion of Iznart Street from Iloilo Grand Hotel straight to Socorro Drug or Unitop area again. 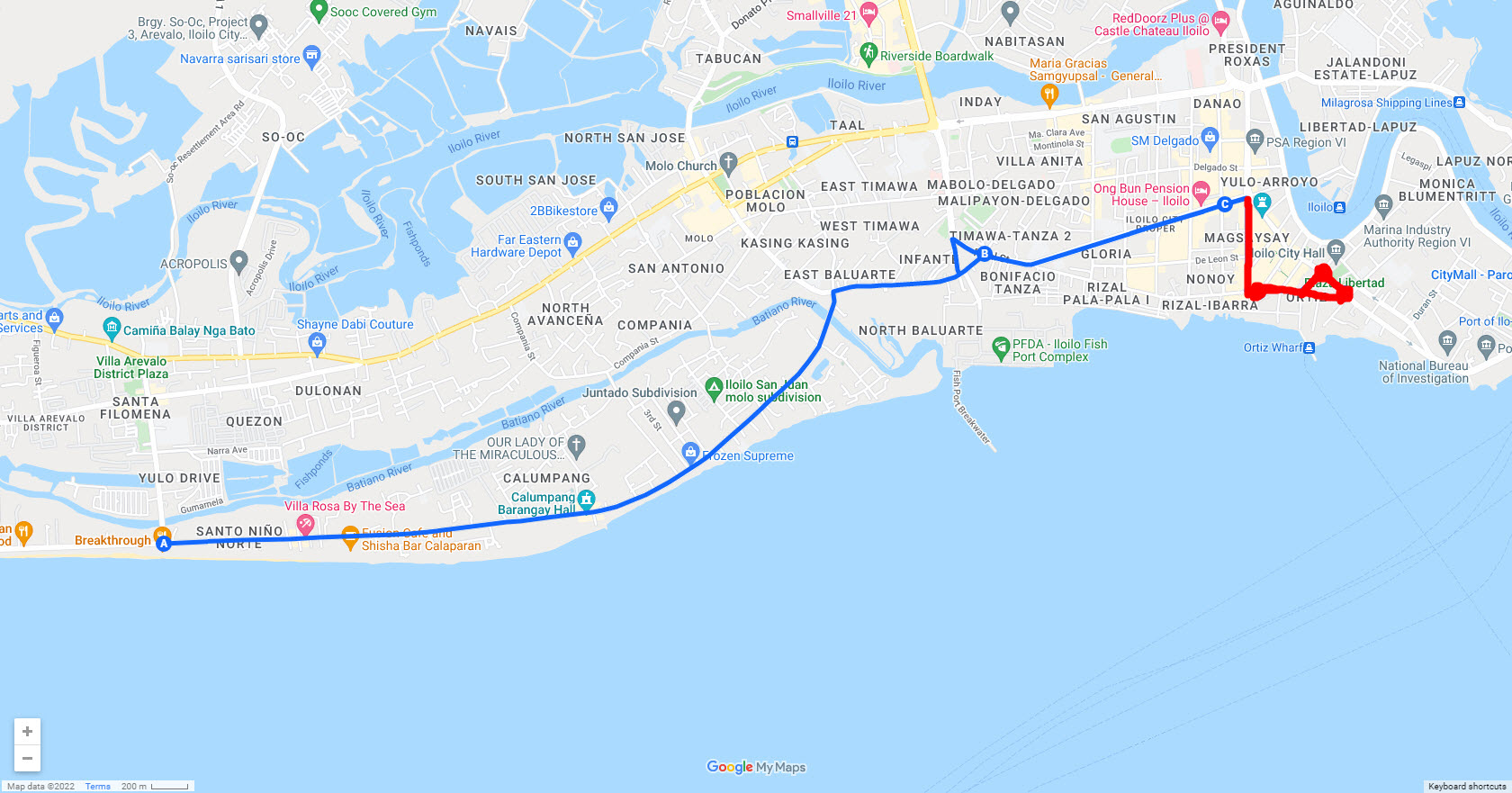 It will pass Ledesma Street again until Infante back to the Baluarte area and go straight again until it reaches Breakthrough.

If the jeepney is from City Proper to going back to Breakthrough:

It will make a turn at the corner of Ledesma-Mabini (the side entrance of Robinsons Place Iloilo). Passing the streets of Mabini, a portion of J. De Leon and Fuentes until it can return to the main of Ledesma Street.

If you want to drop by Super, always tell the driver that your destination is there or else he will not pass this alternative route. 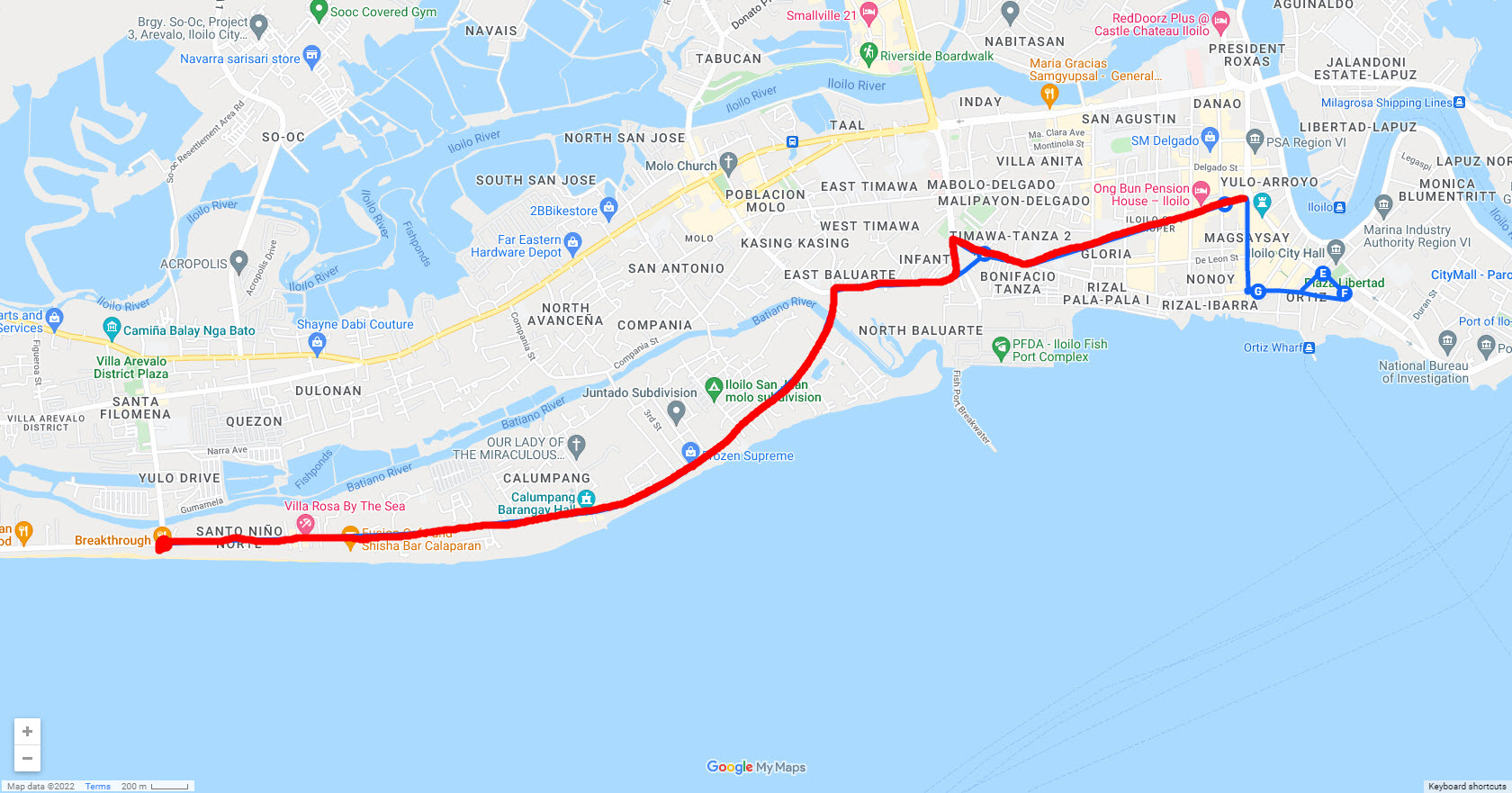 Thu Mar 10 , 2022
The Iloilo City Government has been implementing the rehabilitation of district plazas in a move to provide relaxing spots for residents and visitors alike. “The plazas are being restored by the city because we want to make public spaces available to our constituents for free. Public spaces are very important […]