UP Visayas (UPV) and National Taiwan Ocean University (NTOU) renewed their commitment to foster stronger research and academic exchange between the two institutions for the next five years.

UPV Chancellor Clement C. Camposano and newly appointed Dean of International Affairs of NTOU Prof. Yu-Wei Chang spearheaded the ceremonial signing of the renewal of the Memorandum of Understanding (MOU) between the two universities at the Umali Hall, College of Fisheries and Ocean Sciences (CFOS), UPV Miagao Campus on August 23, 2022.

The agreement outlined collaborative activities that will promote international cooperation in education, research economic development as well as carry out the social responsibility of each university.

In his message, Camposano expressed his gratitude to NTOU, a national university of higher learning situated in Keelung City, Taiwan, for the opportunity to further collaborate and build stronger partnerships despite the difference in the geopolitical situation.

The Chancellor mentioned some possible cooperations that will involve experts from NTOU in the delivery of public service, especially to the coastal communities in the country.

Speaking on behalf of NTOU, Prof. Yu-Wei Chang underscored that they are willing to take part in the many initiatives that CFOS has been undertaking, such as workshops, training, and public service activities, among others, which he said, are in accordance with NTOU’s commitment in fulfilling their social responsibility and are beneficial to their students.

UPV, through CFOS, had an institutional relationship with NTOU when the first MOU was signed in 2017. CFOS Dean Prof. Encarnacion Emilia S. Yap, who was then the Vice Chancellor for Academic Affairs, together with the former director of the Institute of Fish Processing Technology, CFOS Prof. Jose P. Peralta, went to Taiwan to seal the agreement.

In the last five years, both institutions had productive academic and research exchanges.

A faculty member from IFPT, particularly Asst. Prof. Lhumen Tejano, conducted his MS thesis at NTOU in 2017-2018. This year, CFOS is sending an MS in Fisheries (Fish Processing Technology [FPT]) student and a Ph.D. in Fisheries student to NTOU to conduct their graduate thesis.

A Bilateral Symposium on Food Science and Postharvest Fisheries was also conducted by both institutions in April 2017.

Under the new MOU, apart from student and faculty exchanges and research collaborations, both institutions will be working on more activities such as the conduct of joint conferences, offering a joint dual degree program for graduate students, and fostering the development of local industries in the fulfillment of social responsibilities of both institutions.

Dean Yap signed as one of the witnesses to the agreement.

Fri Aug 26 , 2022
As the Centre of Excellence in Fisheries Education, the College of Fisheries and Ocean Sciences, through the Institute of Aquaculture (CFOS-IA), shared its expertise with the faculty members of different colleges and universities offering fisheries courses in the country. The CFOS-IA conducted three-week training for ten educators from five higher […] 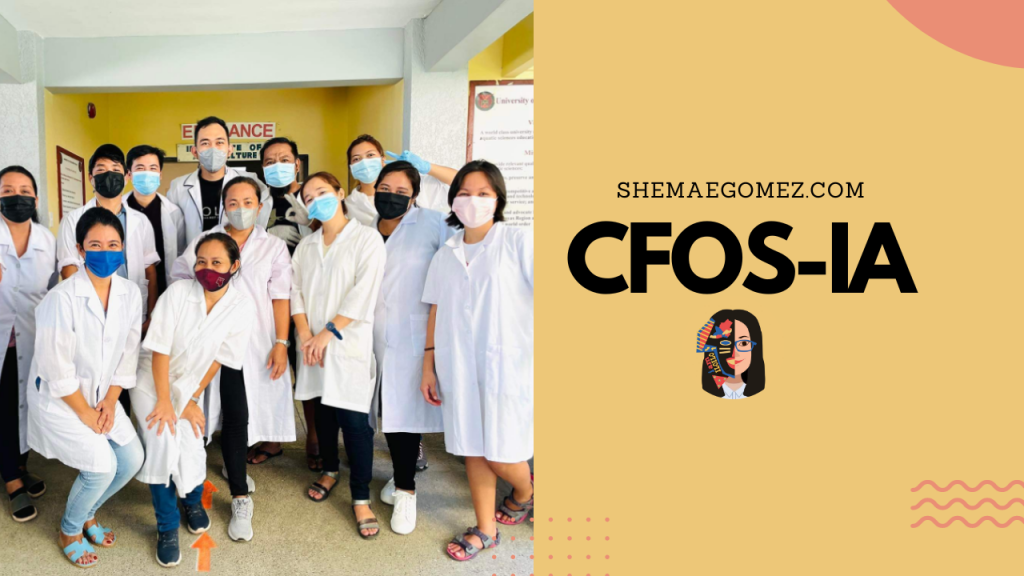