This is supported by the Department of Tourism (“DOT”). According to Tourism Secretary Berna Romulo-Puyat, Iloilo, as a gastronomic hotspot, offers two of the country’s well-loved dishes. These are the La Paz Batchoy and Pancit Molo. On behalf of DOT, she gave her full support to Iloilo for this initiative. She personally believes that it is high time for the city to join the prestigious UNESCO-recognized cities. Most especially now that the department is exploring strategies to hasten the revival of the sector.

In addition, Secretary Romulo-Puyat trusts that the initiative from the regional office is a big boost to promote culinary as a tourism product. She is also hoping that through the activities lined up for this bid, Iloilo City will get the nod of UNESCO.

The City of Gastronomy Project

Timplada: The Art of Ilonggo Cuisine

Timplada: The Art of Ilonggo Cuisine is a three-pronged program focusing on Ilonggo heirloom dishes. This is a part of the support of DOT Western Visayas with the help of Megaworld Museums and the National Commission for Culture and the Arts (“NCCA”).

The program will run from August to December of this year. It will be a series of virtual educational programs titled “Merienda Talks” to promote a more profound knowledge of Ilonggo ingredients and cooking.

August 21, 2021 – The opening of the Timplada exhibition. The art exhibition will tell Ilonggo food stories through the eyes of 10 Iloilo-based artists. This is also in collaboration with ten local food establishments. The venue will be at the Iloilo Museum of Contemporary Art (“ILOMOCA”).

October 9, 2021 – Pangyam-is Talk by Gilbert Marin as a component of the Western Visayas Sugar Trail

Lastly, the UNESCO project has listed a total of 36 Cities of Gastronomy all over the world. If selected, Iloilo City will be the first Philippine city to be included in the list.

Iloilo City Fully Vaccinated is at 16% 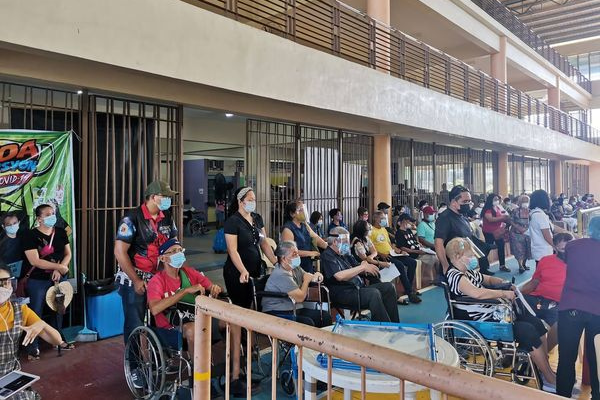