In line with the University-wide commemoration of the 50th anniversary of the declaration of Martial Law, a Public Forum titled “Looking Back and Living Through: Life Histories and Perspectives of Martial Law Survivors and their kin” was held at the UPV Little Theater on September 21, 8:00-12:00 PM. Speakers included Atty. Elias Guiloreza, Ms. May Wan Posa-Dominado, Ms. Estela Paredes, and Atty. Rea Faye Joy Guiloreza.

Paredes talked about her experience as a wife of a Martial Law detainee, particularly the problems and harassment that continued after his release.

Dominado related her experiences of being born amid the revolutionary movement. She also expounded on the term “desaparecido” in the context of Martial Law in the Philippines and the continuing efforts by their kin to surface and locate them.

Rea Faye Joy, Elias’ daughter, relayed her experience of growing up with Martial Law survivor parents. She also reflected on the current state of the Philippine educational system and emphasized the need for Martial Law discourse to be integrated into the basic education curriculum.

In the open forum that followed, the speakers shared insights on societal, cultural, and administrative factors that affect how Martial Law is remembered, the continuity of Martial Law-era problems, and expressed hope for the next generation’s role in preserving the memory of Martial Law.

Ms. Krisna Ellah Clarito, a Grade 12 student at UP High School in Iloilo, read an excerpt of her essay, which won first prize in the Student Essay Writing Contest on Martial Law.

Mr. Jarl Tuazon, representing UPV Kamaragtas, formally launched the poster exhibit on Martial Law. The exhibit will be displayed in the UPV Little Theater on September 21, 2022, and in the CAS lobby on September 23, 2022. (Mr. Rad Xavier Sumagaysay, Division of Social Sciences)

Thu Sep 22 , 2022
The Student Organizations and Activities (SOA) Unit of the Office of Student Affairs conducted the SOA Orientation for the first semester of AY 2022-2023 yesterday, 21 September 2022, via hybrid set-up at the CFOS AV Hall and via Zoom. Forty-three students attended the face-to-face orientation, while 78 joined the activity […] 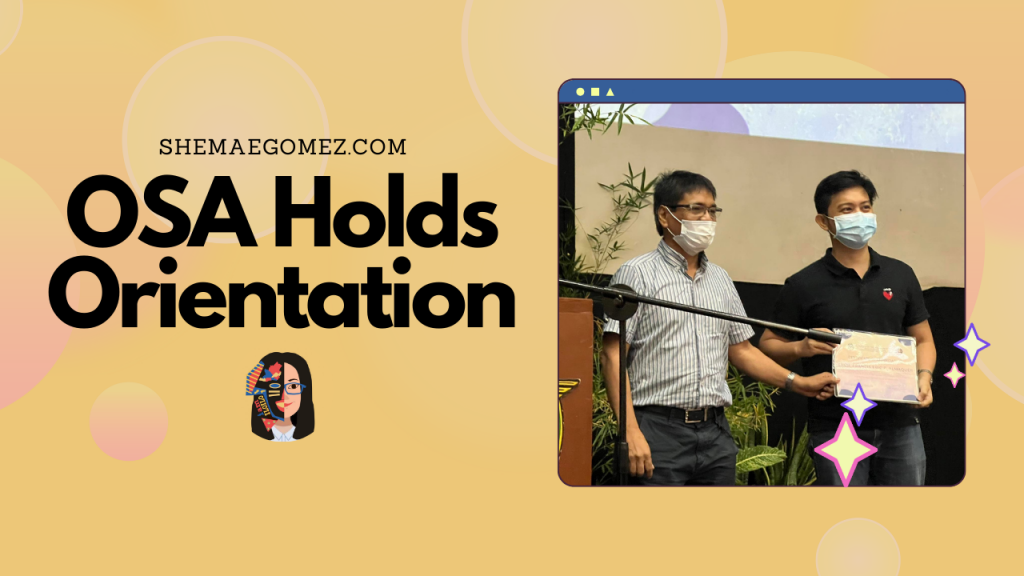