PHINMA University of Iloilo’s students, faculty members, officers, and some members of its Administrative Council participated in mangrove planting at the riverway of Brgy. Ingore, Lapaz, Iloilo City, Nov. 29.

In support of the Iloilo City Government’s greening initiative that aims to step up the efforts to rehabilitate and secure the city’s waterways, PHINMA UI conducts a yearly mangrove planting as part of its community engagement program with 250 seedlings planted this year.

PHINMA-University of Iloilo has been a longstanding partner of the City Government in promoting the preservation and protection of outstanding natural resources and has continued to commit and pursue programs amongst its students and staff to help sustain the marine ecosystem, as well as to address the increasing threat of climate change.

This event is in partnership with the Iloilo City Environment and Natural Resources Office (CENRO), headed by Engr. Neil Ravena.

Wed Dec 14 , 2022
Leading e-commerce global delivery service J&T Express is giving away big discounts as an early Christmas gift to their customers nationwide. Get huge savings on shipping fees when you send your parcels via J&T Express this holiday season using its Unlisaya promo with a voucher discount, available on their mobile […] 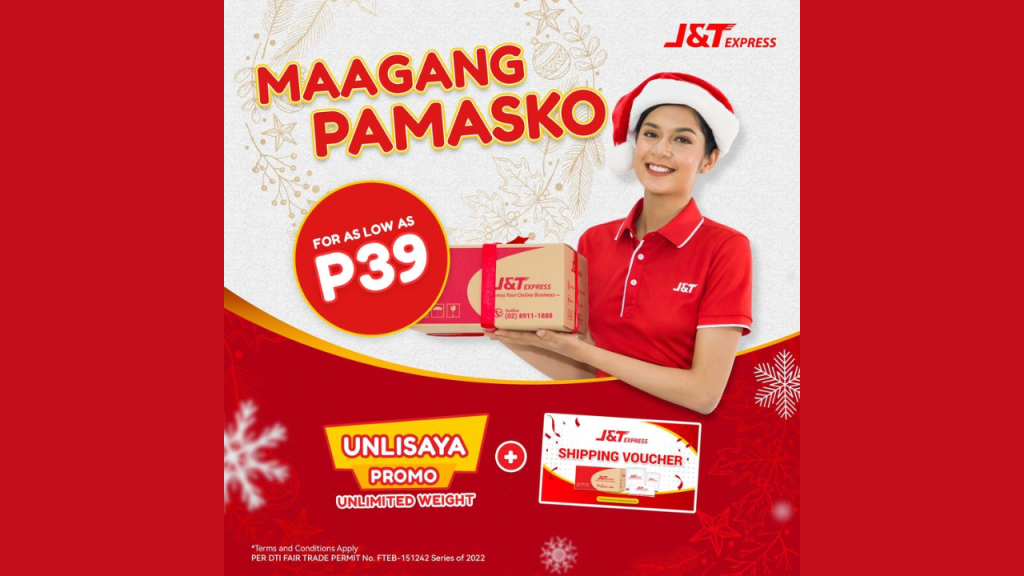