A total of five hundred twenty-seven library materials amounting to more or less one hundred fifty-nine thousand nine hundred twenty-one pesos were donated to UP Visayas University Library by the Rivera couple.

University of the Philippines alumni Patria Rivera (BA Journalism ’71, Development Economics 81) and Joe Rivera (BA Public Administration ’69) both loved to read in their youth. However, they did not know that their shared love for the written word would bring them together after graduating from the University.

“I used to read books in the literature section of the UP Diliman Main Library,” Patria Rivera recalls. “And one borrower’s scrawled name stood out—J.C. Rivera, who I had thought, must have been related to my editor in The Philippine Collegian then, Temario C. Rivera. Since this borrower often signed out books I also wanted to borrow—mostly books by Russian novelists and writers—I went on a lark. I continued to borrow books from that section whenever I saw J.C. Rivera’s name.”

Fast forward to three years later and Patria and Joe would meet in person as research colleagues at the College of Public Administration’s Local Government Center, where they would spend days of research at the UP-Padre Faura Library.

“I did not know we would end up together,” Patria writes, amused. They celebrated their golden wedding anniversary last year. Patria Rivera is a Filipino Canadian poet, writer, and editor. She has published four poetry books and two chapbooks, including “Puti/White” (2005), “The Bride Anthology” (2007), “BE” (2011), and “The Time Between” (2018).

Rivera’s first poetry collection, Puti/White, was a finalist for the Canadian Trillium Book Award for Poetry.

She also received the 2007 Filipino Global Literary Award for Poetry. Her poetry is featured in Oxford University Press’s Perspectives in Ideology, and in Elana Wolff’s Implicate me: Short Essays on Reading Contemporary Poems. She has received fellowships from the Writers’ Union of Canada, the Banff Centre for the Arts, the Hawthornden Castle International Retreat for Writers in Scotland, the Nieman Center for Journalism at Harvard University, and the International Journalism Institute in Berlin.

Before coming to Canada in the late 1980s, Patria served as director of the Economic Information Staff at the National Economic and Development Authority (NEDA).

Joe Rivera, on the other hand, was vice president for human resources at Integrated Microelectronics (IMI,) an Ayala subsidiary, in Muntinlupa, Metro Manila. He also worked with the Bank of the Philippine Islands, Ford Philippines, and Union Carbide Corporation.

Currently, Joe is a retired lawyer and blogger, who turned to paint after many years of law practice. His works have been exhibited at the Asian Heritage Month Festival and local Toronto galleries.

He accomplished his childhood dream of becoming a lawyer when he enrolled at Osgoode Hall Law School at York University (Canada) in the late 1980s, after emigrating with his young family from the Philippines. He used his legal skills to represent the poor as well as refugees and new immigrants and their families, influenced by his stint at Parkdale Legal Community Clinic where he trained in poverty law.

Upon retirement, Joe turned to blog writing, commenting on social and political issues. Later, he took lessons in drawing and painting at Central Technical School in Toronto.

Rivera has exhibited his works at the Gerrard Art Space (GAS) Gallery, Flying Pony Coffee and Art Gallery and Artwalk in the Square as well as at the annual Asian Heritage Month festivals at the Metro Hall and City Hall in Toronto. He launched his first solo exhibit at Ben Navaee Art Gallery.

In Canada, Patria Rivera worked as news editor of The Catholic Register, a national newspaper based in Toronto, and before her retirement, she served as editor of Catholic Missions In Canada magazine.

Joe and Patria Rivera are based in Toronto, Ontario. They have four daughters—Jenny, Kim, Isobel, and Rani (their youngest, also a poet, who passed on in 2016), and one granddaughter, Gaëlla, who lives with mom Isobel (formerly with UNICEF and now with WHO Academy) and dad Jonathan Dumont, in Lyon, France. (Ms. Ninfa L. Bandorio with bio notes from Patria Rivera, 05 October 2022)

Fri Oct 7 , 2022
More than 300 of Iloilo City’s traffic aides attended the Traffic Academy today, 07 Oct. 2022, at the Little Theater, UP Visayas. The program is designed to further capacitate the participants to deliver their duties responsibly and excellently. UPV supports the initiative of the City Government to elevate the performance […] 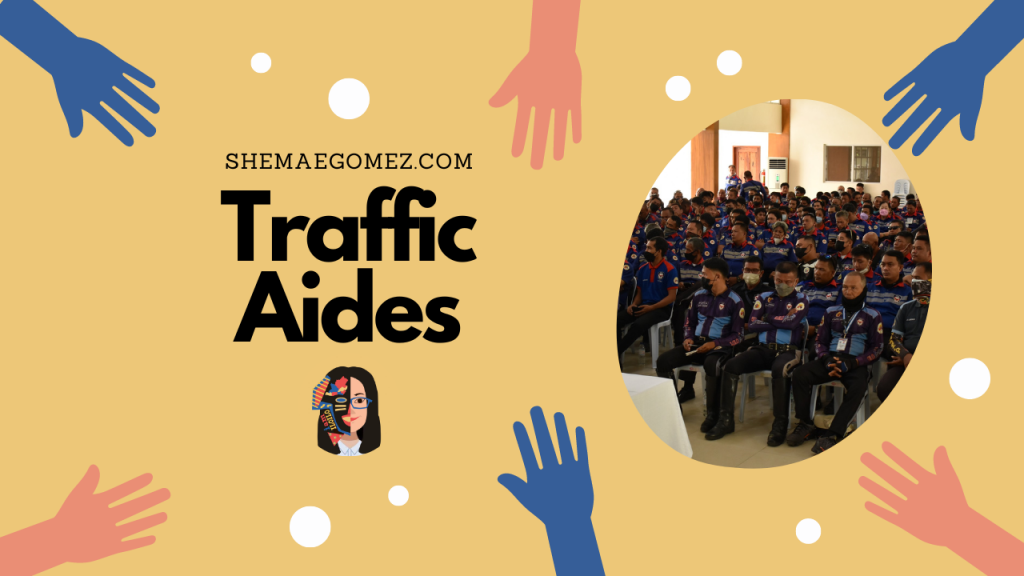