Marie’s Kitchen has created a new buzz in the buns. We all know that a hamburger is a sandwich consisting of one or more cooked patties of ground meat, usually beef, placed inside a sliced bun. Quite simple right?

Interesting Facts about the Burger

This favorite meal or snack is the favorite by many that it is impossible for anyone not to know what a burger is. Out of the many interesting facts about the burger, we picked three that you would find interesting:

1. The credit for inventing Hamburger goes to New Haven, Connecticut. The person who actually invented it was Louis Lassen who, for the first time at Louis Lunch cafe offered a ground beef sandwich to a worker. It was the first known burger. There are other claims but this fact stands out.Of course, the rest is history as hamburgers are sold all over the world.

2. Nearly 60-percent of all sandwiches sold worldwide are actually hamburgers. In fact, if you put in a straight line all the burgers consumed by Americans annually, it would circle the earth 32 times! That’s how much burgers are being consumed in that part of the world alone. That is approximately 50 billion burgers a year!

3. One of the best tasting burgers in town is available at the Molo Mansion, a store named Marie’s Kitchen.

Burger is a family favorite. Because of the pandemic and during the lockdown, the owners were able to come up with flavorful burgers. They use affordable ingredients that they knew they can sell to captured customers.

Fact is, Molo Mansion is accessible to their target market. It is convenient and homey just like the way they want the ambiance to be. Since the proprietors started selling at the Molo Mansion, they revealed that it had been easy for their loyal customers to have their burger cravings satisfied. More local customers were added and captured as well, as they also serve other delicious offerings.

The owners also shares, that the Molo Mansion of SM gave the family hope to face economic crisis during this pandemic. They are finally convinced that it is a good location for their burger business. They were just joining bazaars in various locations before.

Believing that sanitation is the key to serve good burgers, safety protocols are being practiced by staff, trained and required to follow the minimum health protocols. Mask is a must. Hand gloves is a necessity.

Marie’s Kitchen accept orders and delivers. You may reach them thru 09153549509 or best to message them on Facebook Messenger.

Sat May 8 , 2021
A live busking in Iloilo City Parks. The pandemic has greatly affected the event industry, displacing most of our home grown performers. To help alleviate their situation, the Iloilo City Government together with Muzicares organized Music Helps, Music Heals. A live busking in open spaces in the City of Love. […] 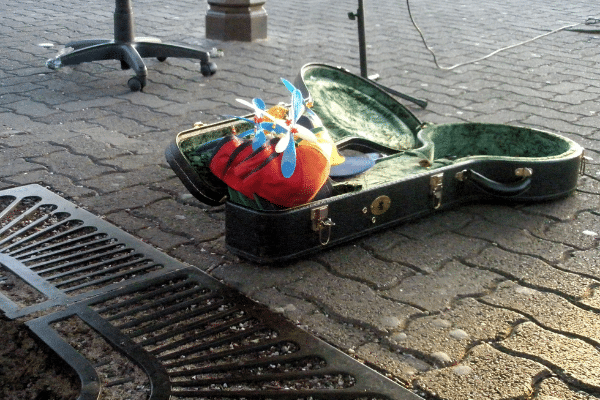