Rain showers did not prevent hundreds of volunteers in joining the launch of the province-wide cleanup drive “Limpyo Iloilo” on 21 February 2019. 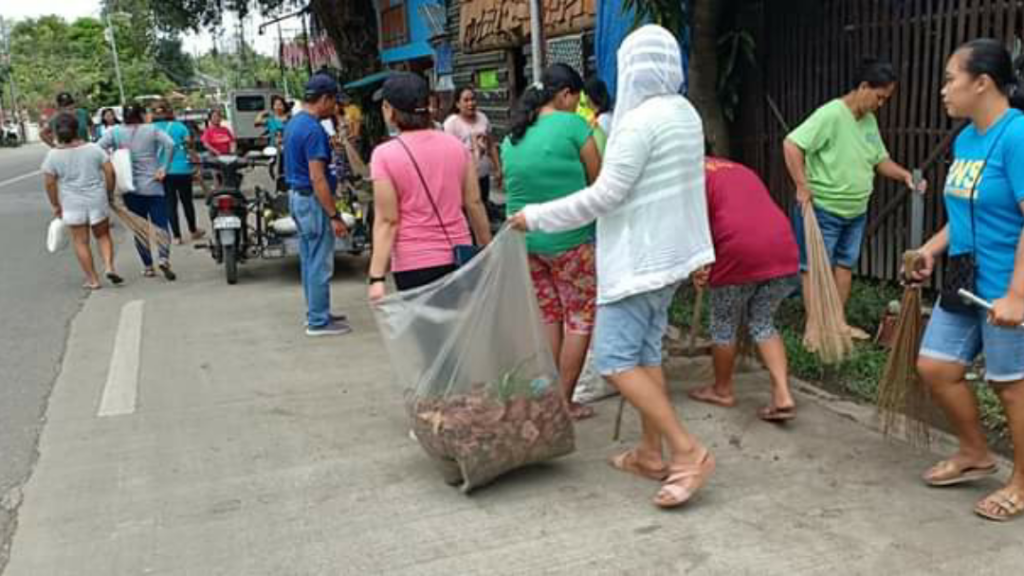 This after Gov. Arthur Defensor Jr. stressed the importance of cleanliness in addressing not only visual pollution but also in curbing the spread of communicable diseases.

“Cleanliness should become a way of life,” Defensor told his audience at the Santa Barbara National High School in Santa Barbara, Iloilo.

“Cleanliness should start in the individual. We must first appreciate cleanliness; we must like it so we can make it a habit,” he said.

He noted that in other countries, no single litter can be seen in public spaces, residential areas and private buildings.

Defensor recalled that when he was watching on TV the burial of Princess Diana in 1997, there were a lot of people but no single litter can be seen in the streets.

“So many people gathered to bid farewell for the Princess of Wales but after the funeral, the streets of London remained clean,” he said.

Defensor led the launching of “Limpyo Iloilo” which aims not only to promote cleanliness but also to prevent diseases that thrives in unsanitary surroundings.

The launching of the program at the SBNHS was attended by around 600 national and local government employees.

After the launching, volunteers were distributed along the national highway in Pavia and Santa Barbara for a cleanup.

“We don’t end here. This is just the beginning,” Defensor stressed.

“Single-use plastic is the number one source of litter and we must use alat (handwoven basket) when we go to the market,” he added.

Defensor also noted that the municipality of Pavia allocates P10 million a year for its solid waste management.

“Imaging a town’s savings if cleanliness becomes a way of way. We could use that P10 million in other important projects,” he said.

The “four o’clock habit” is a program that prods people to clean their surroundings every 4:00 in the afternoon.

Pavia Mayor Luigi Gorriceta stressed the importance of cleanliness not only in attracting tourists but also in safeguarding people’s health.

Dr. Roel Bermejo of DepEd congratulated the provincial government of Iloilo for launching “Limpyo Iloilo” and vowed to support it 100 percent.

Iloilo City Hall to Put Up Condo for Employees

Sat Feb 29 , 2020
The Iloilo City Government will put up a mid-rise condominium for low-salaried regular employees. The proposed 4-storey condominium will be located in Brgy. San Isidro, Jaro at the portion of the existing Uswag Subdivision relocation site. The vacant space of 2,741-square meter (sqm) is said to be suitable for this […]