“Switching in-between genres, this film within a film follows an ailing screenwriter who enters her unfinished screenplay of a gangster film to experience and edit her own creation. Constantly shifting in tone, the film is a playful display of the love of cinema. Its innovative and risk-taking spirit is especially commendable,” the Sundance jury said in its citation.

“Films can speak and films can be heard, and today I’m glad that our film is felt by the jury. Thank you so much Sundance; our spirits are smiling,” said Escobar.

Veteran stage actress Sheila Francisco stars in the title role, with Rocky Salumbides as the action star. The movie was co-produced by Monster Jimenez and his partner Mario Cornejo under the banner of their company Arkeofilms.

“It’s not just the recognition that I’m smiling about. We are thankful for the incredible warmth that we’ve received from the Sundance team, and the messages we’ve been getting from viewers all over the world!” said Jimenez.

Anima takes pride in “Leonor Will Never Die,” which the New York Times described as a “wonderfully unclassifiable movie” and a “heartfelt, zany tribute to the magic of movies and the power of love.”

Quark Henares, Head of Anima and the film’s Executive Producer, shared that they almost did not submit an entry to Sundance, the biggest independent film fest in the US. The odds of a Filipino production making it to the list of 10 films in the World Cinema Dramatic Competition at Sundance is 14,000 to 10, he noted.

“This move is indeed a labor of love from the team and we, at Anima, express our heartfelt congratulations. This is just the start and we aim to produce more socially relatable and genuine films not just for every Pinoy but for all movie lovers around the world,” he added.

Anima is one of the content businesses under Kroma, an entertainment company backed by the digital ecosystem of the Globe group of companies. Kroma aims to reach various audiences and elevate their entertainment experience with its rich suite of services both on traditional and digital media.

Thu Feb 24 , 2022
The Iloilo City Government has been implementing the rehabilitation of district plazas. This is to create healthy and urban living environments that will encourage physical activities and promote social interaction within the community. “The plazas are being restored by the city because we want to make public spaces available to […] 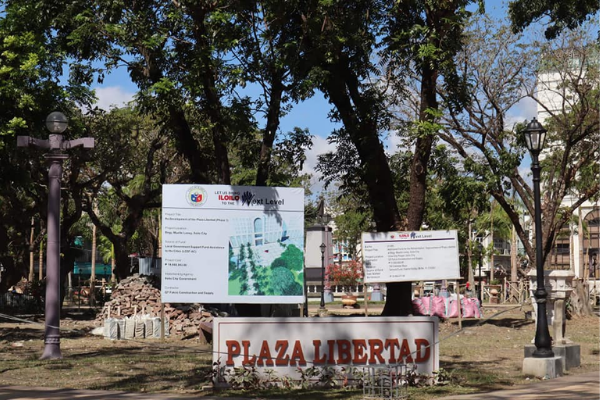