Former Tourism Secretary Narzalina Lim, an Ilongga based in Manila, has pooled resources with the backing of her friends and those abroad to help feed Ilonggos back home affected by COVID-19 pandemic.

Mayor Jerry Treñas thanked donors for helping the Ilonggos in need and taking care of their fellows out of hunger during hard times.

“When I read the post of Mayor Treñas on FB that Iloilo is on a hard lockdown, I called him right away and asked how I could help. He told me that his office would have to re-open the Uswag Community Kitchens because he expects a lot of people to go hungry. He said that he had put his daughter Raisa in charge of these kitchens,” Lim said.

The city is operating 139 UCKs that feed per day at least 9,000 families affected by Enhanced Community Quarantine (“ECQ”).

Those who may be far away from home are giving back to their roots for the relief of residents burdened by crisis.

“As an Ilonggo who grew up in Iloilo, I felt very sad for the Ilonggos. I offered to donate money, knowing that whatever I give would be a drop in the bucket. So, I decided to write all my Ilonggo friends in Manila, the US, Canada and Australia to ask them to donate towards feeding the hungry,” Lim said.

“Many of them did not know the real situation in Iloilo and thanked me for sharing that piece of information with them. I was overwhelmed by their generosity. They did not only donate, they also asked their family members and friends to do the same,” she added.

The donations have come a long way in supporting and sustaining the operations of giving daily meals to thousands of families.

“My work is not yet finished as I can see the need to feed the hungry is growing by the day. I cannot do this alone. There are many Ilonggos abroad. If I may suggest, there are Alumni Associations of CPU, San Agustin, WVSU, Assumption, etc. in the US. Perhaps they can be tapped to donate. Someone just has to take the lead,” Lim said as she shared the spirit of bayanihan.

“I was listening to Fr. Manoling Francisco, SJ., the other night. He, too, has been raising funds for the hungry in Metro Manila. This is what he said, A little from many becomes much and this little can feed a multitude. As Ilonggos, let us unite together to help our beloved Iloilo,” she added. (Iloilo City PIO)

Sat Aug 7 , 2021
Iloilo City Government has requested the National Inter-Agency Task Force (“IATF”) for an increased allocation for COVID vaccines now that the city’s Enhanced Community Quarantine (“ECQ”) status is extended to August 15, 2021. “We are definitely asking for more COVID vaccines as an urgent need to achieve herd immunity faster,” […] 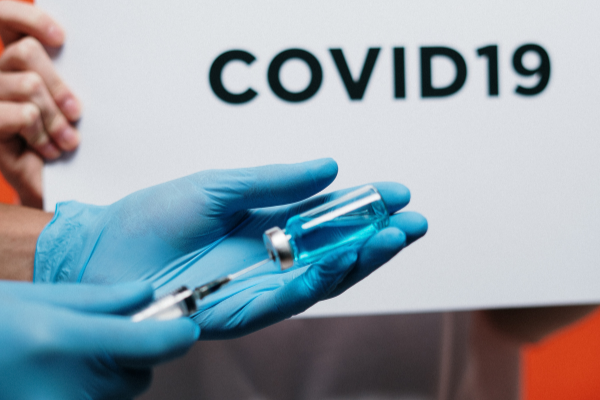