A total of 27,756 Ilonggo families have so far received cash aid from the national government implemented by the Department of Social Welfare and Development (“DSWD”).

Records of DSWD Field Office VI Planning Unit as of 12:00 p.m. of August 4, 2021 reveals these families have received P86 million aid, an infusion to the local economy of Iloilo Province which was placed on Enhanced Community Quarantine (“ECQ”) since July 15, 2021.

The aid, called the Special AICS, is the provision by the DSWD of the financial assistance to the affected individuals and families of a province, city or municipality declared under a localized ECQ through the resolution/s of the Inter-Agency Task Force for the Management of Emerging Infectious Diseases (“IATF-EID”), as approved by the President

“We are glad that the Local Government Units responded with vigor and immediately started the payout. The people need the money to buy food. We have to act really quick,” said Regional Director Ma. Evelyn B. Macapobre of DSWD Field Office VI.

Meanwhile, the agency is awaiting the reports from other towns such as Miag-ao, Pavia, Zarraga, Pototan, and Dingle in Iloilo Province and from the City of Iloilo which have also commenced the distribution of the aid.

The target beneficiaries of the special AICS include individuals and families who are suffering from the economic disruption brought about by the declaration of a localized ECQ in the province, city or municipality (In Western Visayas, these are Iloilo City and Province) and may include the following:

1. Eligible beneficiaries of the Social Amelioration Program (“SAP”) under Republic Act (R.A.) No. 11469 (“Bayanihan 1”) and additional beneficiaries of emergency subsidy under Section 4, f(3) of R.A. No. 11494 (refers to waitlisted SAP beneficiaries) which database is under the custody of the DSWD or the concerned LGU.

2. Individuals belonging to vulnerable groups, such as individuals living alone, senior citizens or Persons with Disability (“PWD”). Provided that any of these individuals shall not be qualified separately, if they are already identified or listed as a member of a family that is listed among the beneficiary-families;

3. Other individuals and families whose employment and livelihood have been affected by the ECQ including those who have been stranded by reason thereof in the province, city, municipality under ECQ, subject to the condition laid down below.

The target beneficiaries shall be limited only to the individuals or families who, at the time of the declaration of the ECQ, are physically residing, either permanently or temporarily, or who are still found in the province, city or municipality under ECQ.

“We are looking forward to the fast completion of payout in the LGU level. With that we can say na Mission Accomplished tayo in helping the Ilonggos survive during the ECQ,” Director Macapobre said.

Thu Aug 5 , 2021
Iloilo City Government’s long-standing plan to build its own hospital finally got the nod following persistent lobbying for its urgency amid the pandemic. This, after the Department of Health (“DOH”) granted August 2, 2021 the Certificate of Need (“CON”). A CON must be secured before a new hospital or healthcare […] 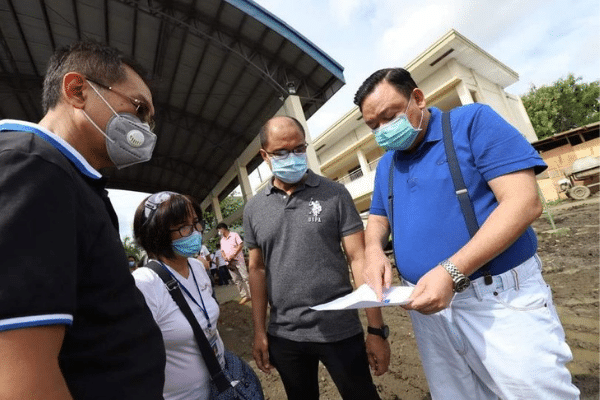