The City Government will impose much stricter measures to slow the spread of the more contagious Delta variant in the metro.

“From Aug. 3 to 8, I will place the city on hard lockdown as protection for everyone here. Aklan and Cebu are both experiencing a surge; their hospitals are full with patients already being confined outside the facility. We don’t want the same scenario in Iloilo City,” Mayor Jerry. P. Treñas said.

The decision was made following a meeting with the city’s COVID team that recommended the stringent protocols to be followed.

Non-essential establishments or those not related to food and medicine will be temporarily closed. A total liquor ban that prohibits sale and consumption of alcoholic drinks will be imposed.

Inbound flights and sea travel of persons going to Iloilo City from all areas including authorized persons outside residence, returning residents and returning overseas Filipinos will be temporarily suspended starting Wednesday Aug. 4 until Sunday Aug. 8.

An Executive Order detailing all other prohibitions will be released by the City Mayor’s Office within the day.

Mon Aug 2 , 2021
Iloilo City as a highly urbanized city continues to make innovative and sustainable developments that will impact the lives of our people. One of these efforts of the local government is to build condominium relocation buildings for the Ilonggos. The four Uswag Residential Buildings in San Isidro, Jaro is a […] 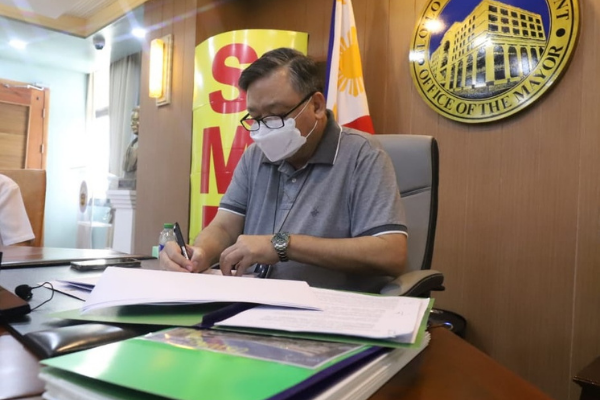