Governor Arthur Defensor, Jr. signs an executive order (“E.O.”) during the flag-raising ceremony this morning for the commemoration of the 36th anniversary of the EDSA People Power Revolution on February 25, 1986 which ousted the dictator Ferdinand Marcos, Sr.

Governor Defensor said the commemoration EDSA People Power revolution is in line with the memorandum circular of the Department of Interior and Local Government (“DILG”) and is intended to remind the public of the our victory against the abuses and atrocities of the Marcos administration.

The E.O. enjoins all public and private establishments in the Province of Iloilo to display the Philippine flag starting today February 21, 2022 until February 25, 2022.

On the evening of  February 25, 2022 (Friday) there will be a short program in front of the Iloilo Provincial Capitol at 8:00 P.M. where there will be testimonies of experiences during the EDSA People Power and a countdown to the time when the late dictator flew out of Malacañang at 9:25 P.M. Governor Defensor encouraged provincial government employees and the public to conduct a noise barrage by honking the horns of their vehicles at 9:25 P.M.

Catholic churches will also be requested to participate by ringing the church bells. After the noise barrage there will be a People Power caravan wherein vehicles participating in the activity shall disperse and hold a motorcade to different points in the city and province.

Governor Defensor said it is only fitting to commemorate the EDSA anniversary because the people power did not only happen in Manila but also in Iloilo and all over the country. “Let us remind our people, especially the new generation, of our triumph against the abuses of the Marcos dictatorship,” said Gov. Defensor.

Mon Feb 21 , 2022
The Uswag Iloilo City Molecular Laboratory and Dormitory in Brgy. San Pedro, Molo is nearing completion as one the local government’s priority measures against COVID-19. “We are making this a sustainable health facility that will provide public health service to every Ilonggo not only during the pandemic. This is part […] 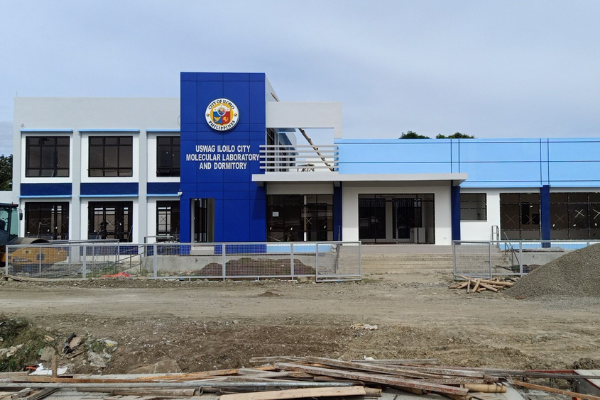