Globe is providing free and unlimited GoWiFi internet connection in 140 hospitals and 12 quarantine facilities nationwide until August 30 to help medical frontliners, patients, and their loved ones remain connected amid the ongoing pandemic.

This is in light of IATF’s announcement to place Metro Manila and other areas under Enhanced Community Quarantine (ECQ) starting 6 August 2021 until 20 August 2021 as the threat of a more contagious Delta variant is a cause of concern for a surge of cases nationwide.

“Despite the ongoing pandemic, we assure our customers, especially our frontliners, that we are here to provide them with the connectivity services they need. Our continued network investments are being done to provide our customers with a richer, fuller data experience,” said Ernest Cu, Globe President and CEO.

GoWiFi, the largest WiFi service in the Philippines, is available in hospitals in the National Capital Region, Luzon, Visayas, and Mindanao, namely:

Lung Center of the Philippines

Our Lady of Lourdes Infirmary

The free WiFi service can also be accessed in quarantine facilities in NCR, Luzon, and Visayas, such as:

The company also continues to expand the reach of GoWiFi which is currently accessible in over 3,100 locations including supermarkets, malls, local government units (LGUs), coffee shops, convenience stores, transport terminals, parks, and restaurants nationwide to provide the public with a better WiFi experience.

To use free GoWiFi, simply connect to @FreeGoWiFi or @_FreeGoWiFi hotspots using a WiFi-enabled device, and start surfing. The service is available to all users regardless of their network provider.

Globe strongly supports the United Nations Sustainable Development Goal No. 3 on good health and wellbeing; No. 9 on industry, innovation, and infrastructure; and No. 17 on partnerships for the goals. It is also committed to upholding the United Nations Global Compact principles and contributing to 10 UN SDGs.

Sat Aug 14 , 2021
Iloilo City has put in place a total of 1,500 isolation beds in both government and private quarantine facilities in case of COVID-19 surge. “We have to prepare for possible increase in infections which may be caused by the more contagious Delta variant. Oxygen tanks are also available. We have […] 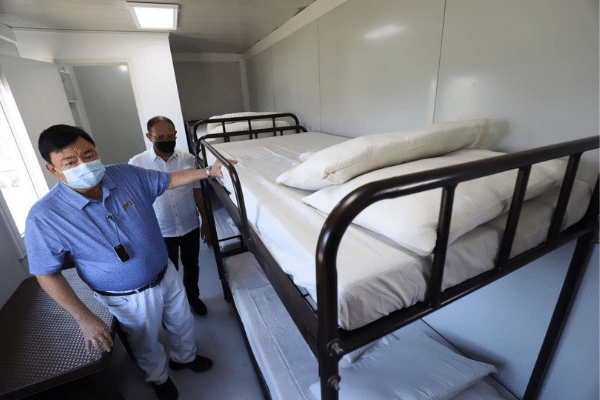