The DSWD6 commended Local Government Units which have been responsive in its call for fast payout of Special AICS.

The Special AICS refers to the provision of the DSWD of the financial assistance to the affected individuals and families of a province, city, or municipality declared under a localized ECQ through the resolution/s of the IATF-EID (Inter-Agency Task Force for the Management of Emerging Infectious Diseases), as approved by the President Rodrigo Duterte.

Understanding Current Situation of Other Localities

While there are LGUs with high accomplishments, the agency also understands the current situation of other localities.

Request for extension of payout date has so far been approved for Iloilo City and Alimodian.

Other LGUs have also requested for extension.

“We continue in urging them for the fast payout, of course without compromising the health of the people. The purpose of Special AICS is to respond to the needs of the people during the ECQ kaya kailangang maibigay na sa kanila,” the Director said.

In Iloilo City and Province, 665,561 families are targeted to benefit from the intervention with a P2.6 billion stimulus package.

Sat Aug 14 , 2021
Congratulations on getting vaccinated, but please refrain from posting your vaccination card especially the side or part that contains your personal data on your social media accounts. Iloilo City and Iloilo Province, with the whole country, is exerting their maximum effort to achieve the herd immunity, posting your card online […] 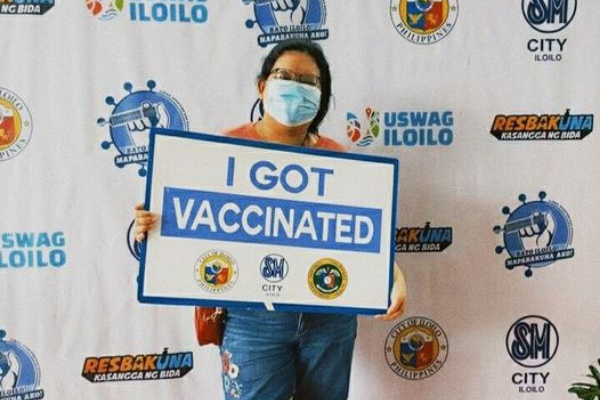