Re-elected Gov. Arthur Defensor Jr. has set the direction of his administration in the next three years to make the province of Iloilo more progressive and help it recover from the pandemic-induced slump.
Defensor, who will assume his second term effective July 1, bared his plans and programs for the province as he took his oath of office on June 28, 2022, at the Iloilo Provincial Capitol lobby. The oath-taking was administered by Sen. Sonny Angara.

The governor said it is not his nature to make promises at the start of his administration. Instead, he will set the direction of the province for another three years under his leadership.

“We cannot make promises when we lay down the foundation of a new administration. But we can give direction…And in giving direction to the province, I will give to you and I will say to you all MoReProgGRes Iloilo!,” he said during his inaugural speech.

The governor affirms his social justice agenda dubbed “MoReProgGRes” which is a movement for a resurgent, progressive, globally competitive, and the resilient province of Iloilo.

“We want to be resurgent because this administration of the province, including those of the municipalities, is a recovering administration. We are still recovering from the pandemic,” he said.

He cited the report of the National Economic and Development Authority (NEDA) that the gross domestic product (GDP) of the province fell short of nine percent (9%).

To attain his social justice agenda, Defensor capsulized the five major objectives of his administration.
The first is to increase investments and employment opportunities. The Defensor administration is looking forward to the completion of the Jalaur River Multi-Purpose Project Phase II (JRMP II) in the municipality of Calinog which is expected to boost the supply of water and strengthen the irrigation system in the province.

The governor said that under his term, he will work on the upgrading of the Iloilo International Airport, the development of the Dumangas Port, and the improvement of road infrastructure to improve connectivity and link commerce to our growth areas.

He said the province should behave like a small nation and continue its pursuit of self-reliance through collaboration with the national government agencies and the private sector.
“We should catalyze commerce and trade. We will increase businesses. We will create jobs. We will create economic opportunities and job opportunities for our kasimanwas here in Iloilo,” he said.

He added that his administration is pushing for the creation of growth areas in the province that are accessible to the five districts.

The second goal of the governor is attaining food security by maximizing rice production and adding value to agricultural products.

“We are an agricultural province and we are proud of it and we don’t want to change it,” he said.
Defensor said he will also focus on small irrigation projects to maximize the hectarage of rice production.
Under his term, the provincial government will provide accessible health and social services to the Ilonggos. This could be achieved by strengthening the primary healthcare system in the province through the continuous improvement of the Iloilo Provincial Hospital and 12 other district hospitals.

He took the opportunity to thank Senator Angara for his more or less half a billion assistance to the province of Iloilo for the improvement of the district hospitals and the purchase of medical equipment.
For its fourth goal, the Defensor administration will promote public safety and protect and manage the resources and assets of the province.

Defensor, through Executive Order 173 Series of 2021, has institutionalized the Provincial Civil Defense Service of Iloilo (ProCiD Serv Iloilo) for an intensified and focused effort during crises and emergencies. It is a system that strengthens the disaster risk reduction and management programs of the province.
The provincial government will also sustain the governor’s flagship program Tanum Iloilo, a province-wide tree growing and forest development project participated by municipalities, barangays, national government agencies, non-government organizations, and the private sector, among others.

Lastly, the governor said his administration will ensure efficient and transparent government administrative services to provide ease to the public when transacting at the Capitol.

“We will provide a transparent governance, efficient transaction, and we will strive to have the facilities of the province be clean, orderly, and functional,” he said.

The governor relayed his unending appreciation and gratitude to the Ilonggos for the support he received during his first term.

He also appealed for everyone’s support in helping the province recover from the effects of the pandemic. As he concludes his speech, Defensor parroted the homily delivered during the thanksgiving mass held before the oath-taking ceremony.

“We are in the same boat. What we can do best is to work together and take care of the boat,” Defensor said.

Wed Jun 29 , 2022
The Provincial Government of Guimaras has paid tribute to the outgoing officials and employees of the province. The event dubbed “Salamat: An Appreciation Gala for Guimaras Outgoing Officials and Employees” was held on June 28, 2022, at the Provincial Covered Gym. Eight elected officials have seen their term ends at […] 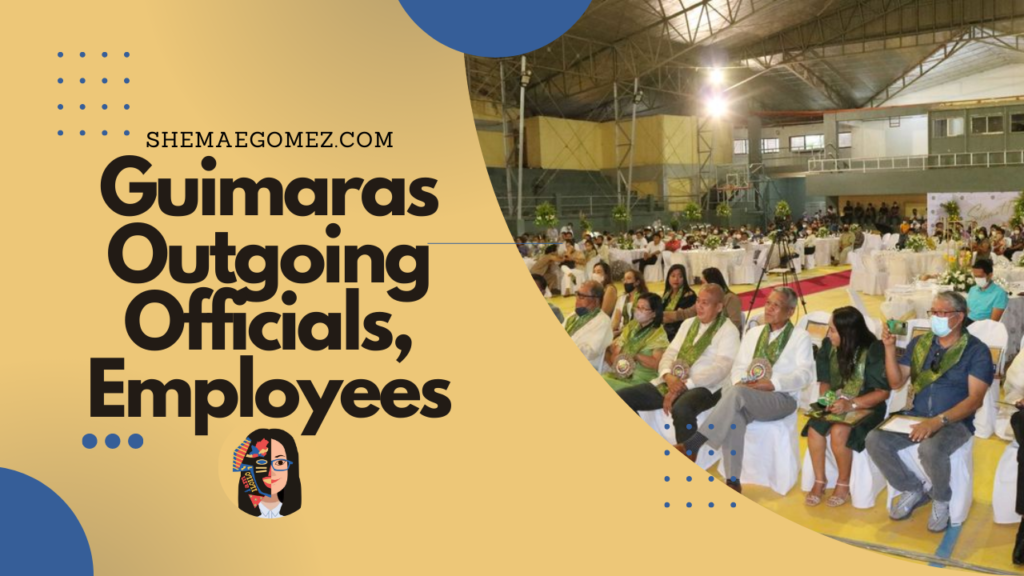