The UP Visayas College of Arts and Sciences celebrated the 75th year of UP presence in Iloilo through an entertaining and colorful show titled “CASadyahan: CAS 9 ka Dekada” last 21 Oct. 2022, Friday, at the UPV Auditorium, Iloilo City campus.

A total of 112 performers composed of professors, members of the staff, and students from the different CAS divisions danced to the popular tunes of the decades from 1947, when UPV was established in Iloilo, and onwards leading to 2022.

From lively dance routines to a Binalaybay and solo singing performance, all the performances depicted milestones and seasons that UPV experienced over the past years. The explosive production number, choreographed by Ms. Teresita Portugalete from the Department of Physical Education, was a medley of energetic songs that climaxed to a group dance to the song “Let’s Get Loud.”

After the curtain call, all the performers enjoined the audience to join them in dancing to the song “Jerusalema,” which was first introduced by Dean Alice Joan G. Ferrer during CAS Day 2022 last March.

Dr. Ferrer envisioned a united effort to promote the merchandise of the college, which is part of a series of fundraising efforts in connection with the anniversary celebration. To elevate the overall CASadyahan experience, Dr. Ferrer surprised the audience with the presence of the four previous deans of the college during the catwalk. Joining the performers on stage were Dr. Minda J. Formacion, Dr. Ma. Luisa E. Mabunay, Dr. Ebonia B. Seraspe, and Dr. Resurreccion B. Sadaba.

An acoustic performance by Mr. Dave Eslabra from the Division of Physical Sciences and Mathematics was the front act of the show. (UPV-IPO)

Actress Gillian Vicencio Joins This isKwela Study With Me

Wed Oct 26 , 2022
Catch up-and-coming actress Gillian Vicencio as she shares practical tips and solutions to strike a healthy school-life balance at Globe This isKwela’s third “Study With Me” Livestream event. The much-anticipated study session will be aired on the online education community’s Facebook Page on October 26 at 7 pm. This isKwela […] 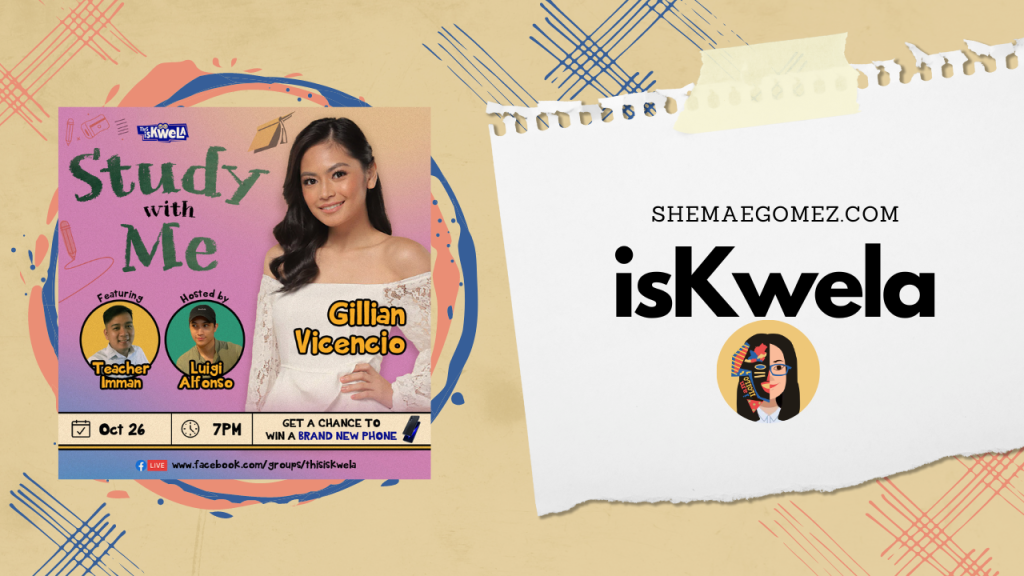