Another forgotten Iloilo wall has spoken to become a “Binukot”. A very select group of women existed in indigenous Philippine society which has hardly merited any account in history. These women were daughters of datus or rulers who were kept hidden in special rooms and were not allowed to be seen by any man. They remained secluded from society but their beauty and prestige were widespread. Their seclusion contributed immensely to their near invisibility in history, except that their presence dominates the narratives of almost all the Philippine epics. In these epics, these secluded women are described in length, from their physical beauty to their abilities in the spiritual realm. The description of these young women, desired by warrior-heroes and rulers as their wives, are an uncanny guide in a closer reading of the historical texts where we find glimpses and hints of their presence once their characteristics are discovered from the epics.”  -Maria Bernadette L. Abrera 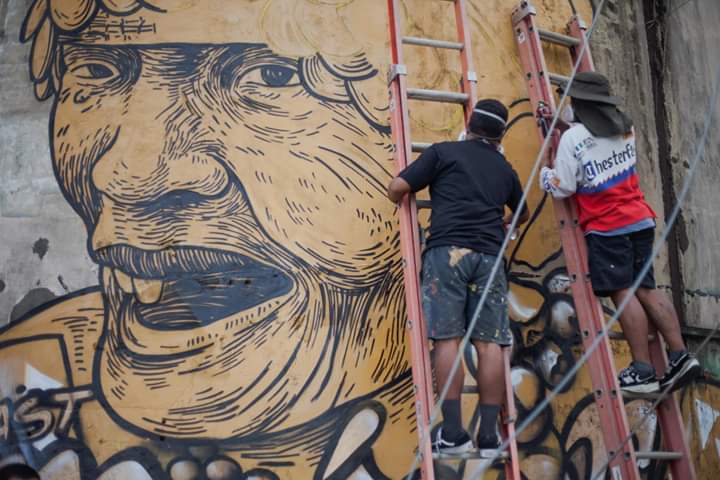 Two artists, collaborators Archie Oclos and Dennis Bato, both product of the UP College of Fine Arts sneaked into the city one night, met up with some local artists for drinks and sumsuman in three different watering holes including Mamusa.  In between, they toured the city, walked the Esplanade and checked on two locations included in the Mayor’s inventory of identified walls for public art. They decided the one at the corner of Solis Street and Muelly Loney near the Cinematheque. Interaction lasted until 2:30am.

By 9AM the following day, the two were in the mayor’s office for the courtesy call. By 10AM they were at the site working. It was decided they would only have one local assistant, 19 year-old Andreil Gequillo, a student from the San Agustin College of Fine Arts. The others helped in every way: clean up, prepare food, hold the ladder.

They had their lunch break and quick tour of the Cinematheque facilities and then back to work. By 4:30pm the mural was done! Rest and shower and an attempted ILOMOCA visit after (but it was closed already). Dinner and drinks again near ILOMOCA and more interaction with the local artists. Group separated at 9:30PM as the two artists were brought to the airport to catch their flight.

Many thanks to Danger Sanchez for facilitating and providing materials, Francis T. Cruz and the Mayor’s Office for the additional logistics and more food. Thank you also to Daniella Julieta Caro for making them feel at home at Solis Street. For the two artists Archie and Dennis, madamo gid nga salamat. More to come for the City of Love.

Fri Dec 27 , 2019
A total of 4,650 family food packs were sent for Capiz and Aklan to augment to the resources of Local Government Units. Family food packs numbering to 1,650 were transported morning of Thursday for the Province of Aklan while 3,000 packs were already prepositioned in Capiz prior to the onslaught […] 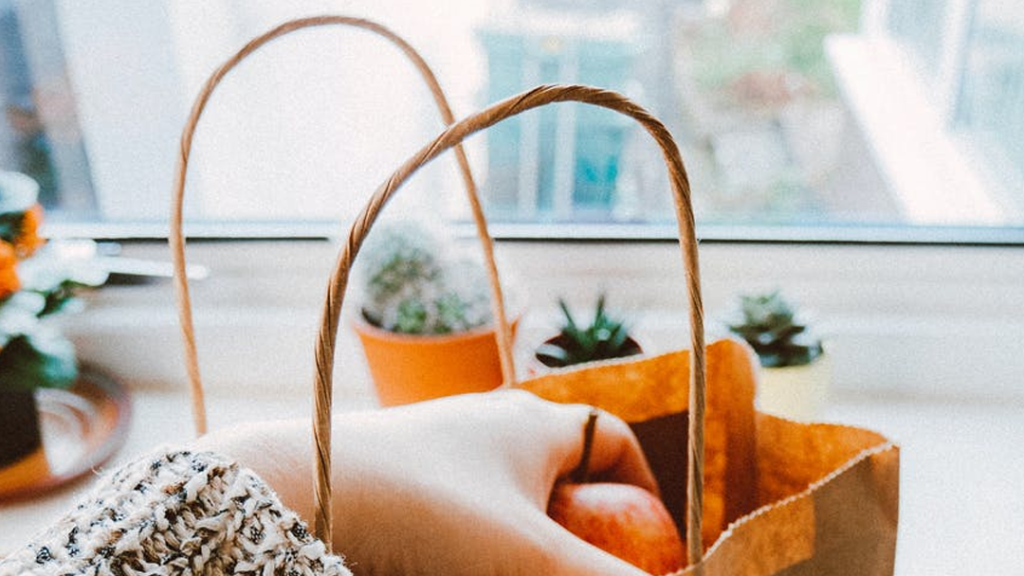