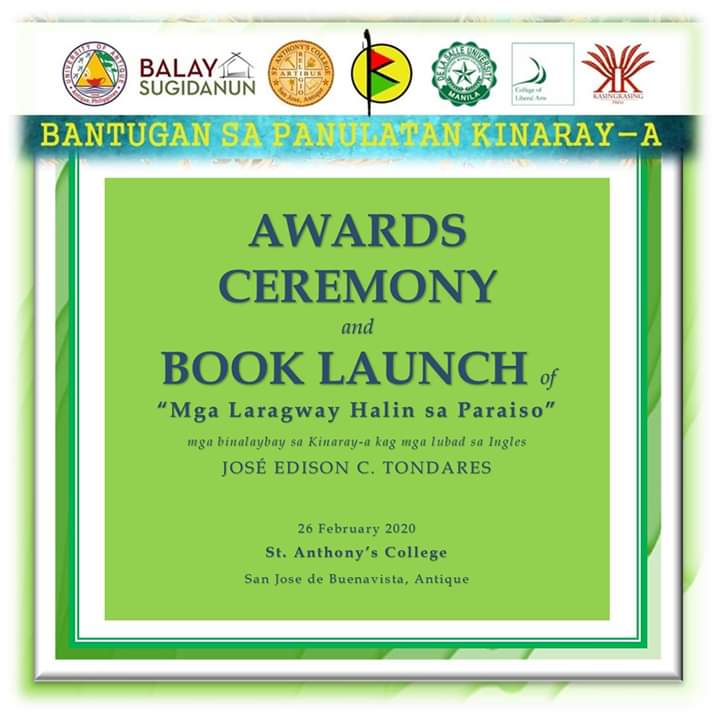 The BPK is a collaboration of Liberal Arts-Education and Research, Planning and Development Office of St. Anthony’s College in Antique, Department of Literature – College of Liberal Arts of the De La Salle University in Manila, Kasingkasing Press in Guimaras, the University of Antique in Sibalom, Antique, and Balay Sugidanun, an on-line mother tongue platform.

The BPK is complemented by the Kahirupan Bantugan sa Pagsulat sa Kinaray-a, a writing fellowship primarily sponsored by St. Anthony’s College and the Department of Literature, College of Liberal Arts of the De La Salle University.

Mga Laragway halin sa Paraiso is Jose Edison Tondares’s collection of Kinaray-a poetry with translations to English.  Published by the Kasingkasing Press,  Mga Laragway halin sa Paraiso is the most recent literary output of significance from Antique, receiving praise from top literary figures of Western Visayas.  Tondares is a pioneer advocate and writer of Philippine Literature in Kinaray-a.

The book is introduced by Dr. Genevieve L. Asenjo, Chair of the Literature Department, College of Liberal Arts of the De La Salle University.  In her introduction, Asenjo says: “The archipelago is in Photographs from paradise – the world, rivers, fields, desert, roads, steps of the bamboo stairs, room ‘that opens doors to sunrise.’ Here are the seasons: the edge of spring, long Christmases, month of the indigenous peoples, the coming of monsoons, dreaming and remembering the skin… Kinaray-a is Tondares’s touchstone, giving us these pictures – the blue of the sky – so we may listen once more to the water, remember the salt maker, keen the senses at dusk for new dreams where we cross the river together; in our cold, our concern for each other even greater.”

Dr. Isidoro M. Cruz, Secretary of the National Committee on Literary Arts of the National Commission for Culture and the Arts, says of the book: ‘“Mga Laragway halin sa Paraiso” (“Photographs from Paradise”), the poem that girds Jose Edison Tondares’s anthology, reminds us that writing poetry is like language or desire: the route to our intended end does not quite bring us there.  It brings us elsewhere, to this liminal space between speech and muteness, between fulfillment and loss―or, as the persona says, between “welcome or goodbye.”  The poem is not quite like any other I have read in recent years, in that wisdom is arrived at by not getting there…  What is hidden may very well be what we seek.  In his poetry, Tondares maps the route to that which we seek… and so we read him, he who is not quite like any other poet I have read in recent years.  Here is significant writing from a different place that hides so many stories!”

Dulce Maria Deriada, Humanities professor at the University of the Philippines says, “Jose Edison Tondares’ poetry is a feast for the wandering soul as it takes one to places – from the scorching Middle East to the flaming Amazon to the fiery recesses of one’s heart.  Powerful, lyrical, intuitive, this collection affirms Tondares’ standing as one of the best poets in the region.”

Kinaray-a Infografiks is a 50-poster suit of infographics in Kinaray-a and English meant to help increase the instructional materials for MTB MLE instruction from Kinder to Grade 3.   The infographics are developed by Crisanto V. Miranda III, Reniel M. Tabuena, and Jose Edison Tondares of the Research, Planning and Development Office of St. Anthony’s College.  Tondares said that underpinning the infographics is not just basic education instruction but an advocacy to familiarize pupils with their Kinaray-a cultural heritage.   Among others, a teacher would find included in the suit, life-cycle posters, animals and plants posters, classification posters, water cycle, moon phases, Kinaray-a alphabet & punctuation marks, and many more.  Tondares said that the posters are in limited production and would be further improved based on feedback.  The posters will be distributed to the partner schools of St. Anthony’s College. #KasingkasingPress #KasingkasingPress2020 #BantuganSaPanulatanKinaraya

"Law" Slots Not Only for "Financially Challenged"

Wed Feb 26 , 2020
By Eric D. Morguia, Jr. The University will prioritize “bright yet financially challenged” students for the Juris Doctor degree; however, those “who can afford” can still be accepted, President Joselito F. Villaruz assures the public. Pres. Villaruz said that the slots for the Law program is not only for those […] 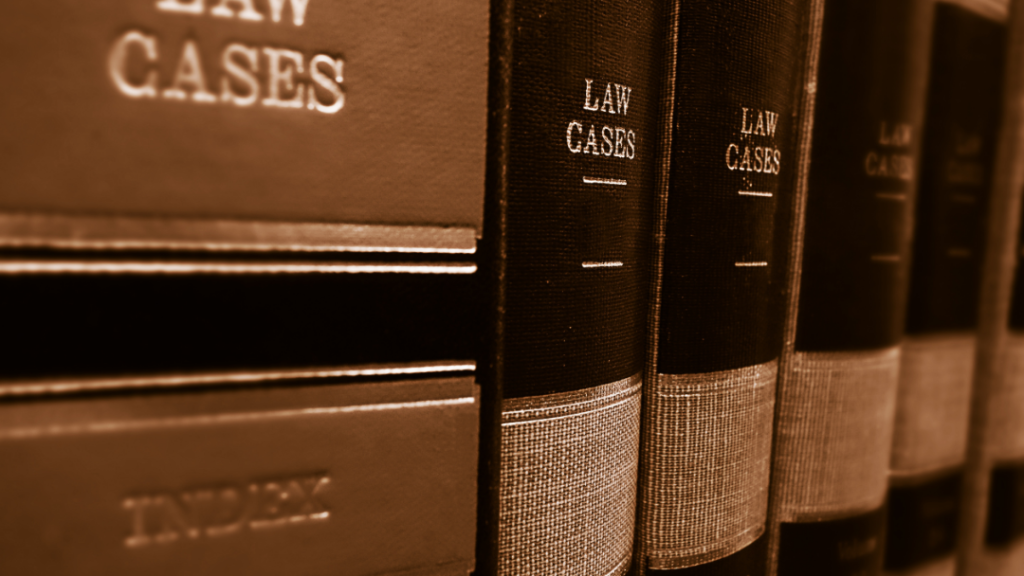