Iloilo City Government paid tribute to tycoons for helping the Ilonggos during the pandemic.

The City Council enacted “Resolutions of Conferment of Honorary Recognition to Federico R. Lopez, Enrique K. Razon Jr., and Henry Sy Jr. in View of His Benevolent Intention to Contribute to the General Welfare of His Fellow Countrymen, His Generosity, Altruism And Goodness and Declaring them as “Adopted Sons” of Iloilo City.”

Lopez family and Lopez Group of Companies gave P5.5- million worth of medical donations for Uswag Molecular Laboratory in Molo district, as the city boosts its efforts to stem the spread of COVID-19.

Lopezes trace their roots in Iloilo, continuously render help and generous effort to help combat Covid-19 through their undying support to the needs of Ilonggo people.

Razon’s More Electric and Power Corp. took over the distribution of electricity in the metro sometime in February 2021 and embarked on major investments critical to modernization of its system, expanding capacity of all its sub-stations and significantly increased working opportunities for the people.

Razon is Chairman and CEO of International Container Terminal Services, Incorporated (“ICTSI”), the Philippine port-handling giant offering container-port terminal services, which has operations in over 25 countries.

The City appreciates the project as it will greatly help its constituents considering that the cost of housing continues to rise making it difficult for some Ilonggos to become homeowners more so today due to the ongoing COVID-19 pandemic.

It will also assist the city in accomplishing its mission to solve the housing problem for its constituents.

Aside from housing, it is through their family business that contributes to the booming of the economy and the jobs of the Ilonggos.

Sy extended his help to the Ilonggo community showing a true sign of bayanihan spirit, for which the Ilonggos are known for.

Out of his desire to promote the welfare of the nation as well as that of the City Government, Sy has been part of multiple philanthropic projects aimed to help the less fortunate members of society.

Sy has been a director of SM Prime Holdings since 1994 and appointed as Chairman of the Board in 2014.

In honor of invaluable and remarkable contributions through genuine act of humanitarianism and charity, the city spearheaded by Mayor Jerry P. Treñas recognized their support.

The Staff of These Iloilo Restaurants are Now Fully Vaccinated

Tue Aug 31 , 2021
Iloilo City’s quarantine status is now at MECQ. One noted protocol under this certain classification is allowed indoor dine-in at 10% capacity and outdoor dine-in at 50% capacity. While we don’t discriminate unvaccinated persons or business owners – as they have their own reasons not to, customers (like me) who […] 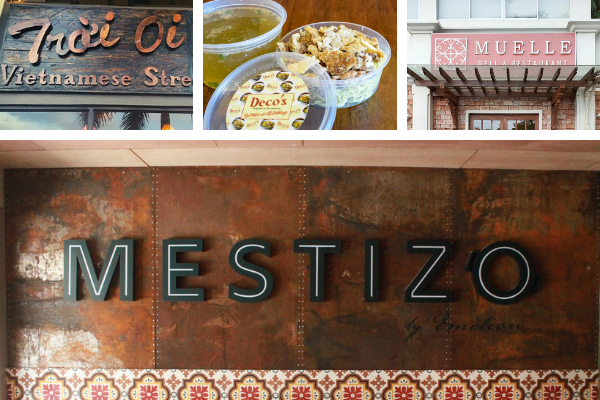